With 3 episodes up and available on iTunes and on the WAL-Radio site, The Shill Report is in full production. This past week we talked about the... 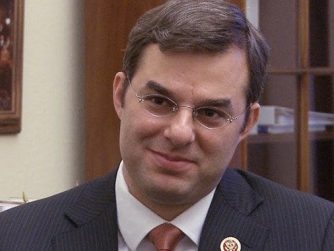 Ripley: All Eyes on Amash

This piece is the first of a weekly series in which WAL Contributor Ryan Ripley will follow the moves of libertarian Republican Justin Amash. After...

Senator Coats, In your June 18th op-ed in the Wall Street Journal you urged your fellow congressmen to stop politicizing the NSA surveillance leaks –...

This week the Fort Wayne City Council approved increasing the local option income tax (LOIT) from 1 percent to 1.35 percent. The LOIT is expected to...

“Transparent” is the word President Obama used to defend the NSA surveillance programs that allow the federal government to spy on American citizens...

Ripley: A Hangout with Gary Johnson

Ripley: What Is Our Boiling Point?

Ripley: The Government Moves Too Slow to Save Lives

10-year-old Sarah Murnaghan is in a precarious situation. She has battled cystic fibrosis since she was born and is now in the end-stage of this...

During a recent Supreme Court ruling Justice Antonin Scalia opinioned, “As an entirely predictable consequence of today’s decision, your DNA can be...

The biggest challenge facing Senator Rand Paul is whether or not he can win over the GOP establishment without leaving behind his Tea Party and...

The IRS exerts a lot of control over the American people. The agency has the power to collect our income, seize our assets, and imprison us for non...