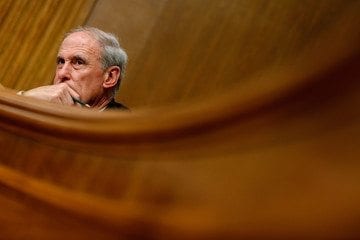 In your June 18th op-ed in the Wall Street Journal you urged your fellow congressmen to stop politicizing the NSA surveillance leaks – at least until they have all of the facts. You also spoke of the “trust deficit” that is growing and sought to correct the narrative surrounding the intelligence scandal.

A lot has happened since your opinion piece went to press. On June 20th, Glenn Greenwald released the story “The Top Secret Rules That Allow NSA to Use US Data Without a Warrant” where we learned that the FISA rules regulating the broad surveillance of American citizens do not provide complete protections.

The Guardian revealed: “Top secret documents submitted to the court that oversees surveillance by US intelligence agencies show the judges have signed off on broad orders which allow the NSA to make use of information “inadvertently” collected from domestic US communications without a warrant.”

Knowing that US intelligence agencies can use data “inadvertently” collected form domestic US communication is important due to the recent PRISM slides released by the Washington Post.

These slides clearly demonstrate the ability of the US intelligence community to access the emails and online information from at least 9 domestic internet sites and show that in some cases this surveillance is done in real-time and directly from the company’s servers.

We also know that the United States government is sharing that data with the United Kingdom to circumvent UK law’s and data privacy regulations:

The Washington Post reported: “According to documents obtained by The Guardian, PRISM would appear to allow GCHQ to circumvent the formal legal process required in Britain to seek personal material such as emails, photos and videos from an internet company based outside of the country.”

It is understandably difficult to oversee these programs. I’m sure that you recall the testimony of the Director of National Intelligence James Clapper. When Senator Ron Wyden asked, “Does the NSA collect any type of data at all on millions or hundreds of millions of Americans?” Mr. Clapper replied, “No sir, not wittingly.”

Since then, Mr. Clapper has apologized for lying to Congress and attributed his “least untruthful” statement to his poor memory.

The Guardian reported: “In the full letter, Clapper attempted to explain the false testimony by saying that his recollection failed him. “I simply didn’t think of Section 215 of the Patriot Act,” he wrote to committee chairwoman Dianne Feinstein on 21 June.”

Unfortunately, these recent releases conflict with your statements concerning the government’s ability to target emails and data of innocent Americans. The “trust deficit” is certainly growing, however, by now it is clear that it is the actions of the US intelligence community, not grandstanding congressmen that’s cause the trust issues.

In response to the new information provided by the Guardian and the Washington Post, I have three questions that I would appreciate answers to: