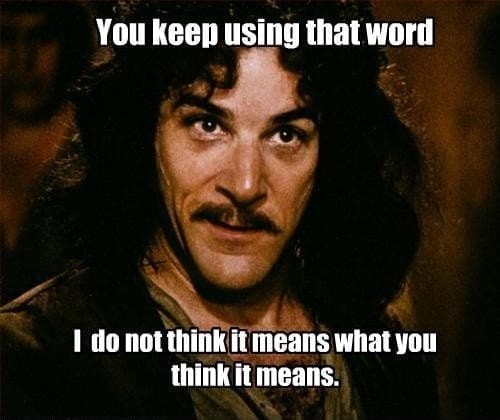 “Transparent” is the word President Obama used to defend the NSA surveillance programs that allow the federal government to spy on American citizens. The President insists that the massive data collection is being done with “checks and balances” and that Congress has been briefed every step of the way.

“It is transparent,” President Obama told Charlie Rose in an interview on PBS. “You’ve got a federal court with independent federal judges overseeing the entire program. And you’ve got Congress overseeing the program, not just the intelligence committee and not just the judiciary committee – but all of Congress had available to it before the last re-authorization exactly how this program works.”

The federal court that the President cited is a secret court authorized by the Foreign Intelligence Surveillance Act (FISA). The decisions of the court are classified as are the warrants that it approves. In the case of Verizon, the company was not allowed to disclose the existence of the warrant or communicate about it unless executing the terms of the order or seeking legal counsel.

The President wants us to believe that the FISA court is acting in an oversight capacity, but it looks more like a rubber stamp.  The Wall Street Journal reported that the FISA court has only declined 11 out of over 33,900 surveillance requests made by the federal government over the past 33 years.

And then we have congress. Last week less than half of the Senate attended an intelligence briefing with James Clapper, the Director of National Intelligence, Keith Alexander, the head of the National Security Agency (NSA), and other officials – The Hill reported. Instead, many Senators opted to catch the early flight back to their districts.

“The truth is that members always come in at the end of the game, and as a result they take as gospel the assessments that they receive from the intelligence community,” Danielle Pletka, vice president of foreign and defense policy studies at the American Enterprise Institute, told The Hill.

Even when Congress is paying attention, it has proven difficult for representatives to share information with the public. Ron Wyden (D-OR) pushed for a letter from the Office of the Director of National Intelligence to be made public that revealed “on at least one occasion” the FISA Court found that “minimization procedures” used by the government while collecting intelligence were “unreasonable under the Fourth Amendment” as reported by Wired Magazine.

Following this release, the Electronic Frontier Foundation (EFF) filed a Freedom of Information Act request the details behind the FISA court’s ruling. The Justice Department attempted to block the request by claiming that such documents top-secret.  The EFF sued and a FISA court judge rejected the Justice Department’s argument that releasing the opinion would violate FISA court rules and allowed the EFF to continue with their lawsuit.

“The FISA court has made clear that there is nothing in its own rules that prohibits disclosure of the 2011 opinion we’re seeking. So we go back to district court and continue our fight under FOIA, having removed DOJ’s argument that it has no discretion to release FISA material,” David Sobel, a lawyer for EFF, told Mother Jones.

Secret courts that issue secret orders – overseen in secret hearings by representatives sworn to secrecy – are not transparent. If they were, we would not have needed whistle blower Edward Snowden to tell us that the government is spying on us in the first place. Nor would the EFF need to fight in court to get the details about the government violating the 4th Amendment rights of millions of Americans. Someone should get the President a dictionary. He keeps using the word “transparent”, but it does not mean what he thinks it means.