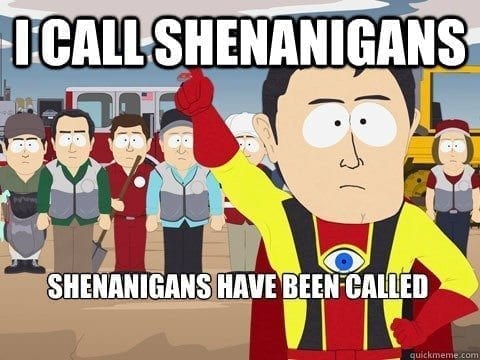 The biggest challenge facing Senator Rand Paul is whether or not he can win over the GOP establishment without leaving behind his Tea Party and Libertarian supporters. In a recent interview with the Courier-Journal, New Hampshire Tea Party Coalition founder Jane Aitken made it clear that changes in Senator Paul’s messaging are important to conservative voters.

“The mainstream Republicans would absolutely not support Ron Paul because they didn’t support him on the issues, and they are waiting to see that Rand doesn’t get too much like his father,” Aitken said. “And those of us in the Tea Party want to see that he doesn’t go too far over with the establishment.”

During a recent visit to Iowa – a key primary state – this balancing act was on display when Senator Paul assured a group of evangelical pastors that he disagrees with Libertarians who support legalizing drugs. Instead the Republican Senator from Kentucky explained his support for reduced penalties for drug related offenses. This shift away from libertarian values set off a fire storm of criticism that WAL Contributor Creighton Harrington took exception to in a recent commentary on our website. (Creighton’s Article Can Be Found Here: https://wearelibertarians.com/rand-paul/)

“Let me begin by stating upfront that Rand Paul did not – I want to emphasize the ‘not’ – just betray his libertarian principles to ‘pander’ to evangelicals… His policy is appropriate, unchanged, and identical to his dad’s,” Mr. Harrington wrote.

Rand Paul is the most consistent and ardent defender of limited government in the Senate, but I must call “shenanigans” on Creighton’s premise (because we at WAL are allowed to have disagreements). Senator Paul did not simply say, “I don’t want to legalize drugs.”  In fact, what he said was actually much worse.

“I’m not advocating everyone go out and run around with no clothes on and smoke pot,” he said. “I’m not a libertarian. I’m a libertarian Republican. I’m a constitutional conservative.”

Characterizing the libertarian position as the desire to “run around with no clothes on smoking pot” is a slap in the face to those working to promote liberty. The idea that people are allowed to decide for themselves what is good and bad is fundamental to the libertarian philosophy. Senator Paul has not met this critical measure of individual freedom. The problem is not a matter of messaging; it is a failure of principles.

This type of failure is one that his father – former congressman Ron Paul – would never support. In his book, Liberty Defined, Ron Paul made his stance on drug policy clear: “The entire drug war is an arbitrary prohibition that violates the Constitution, a process that has been going on for nearly seventy-five years.” Mr. Paul continued, “Government should not compel or prohibit any personal activity when that activity poses danger to that individual alone.”

Freedom is the libertarian (and Ron Paul) position on drug use; not laws and reduced sentences.

This is not a get out of jail free card (or a reduced sentence) for Senator Paul. While Mr. Harrington is correct about the constitutional authority granted to congress, a supporter of liberty must advocate repealing laws that violate the rights of others. Ironically, this is Ron Paul’s position – from Liberty Defined: “I expect that someday the country will wake up and suddenly decide, as we did in 1933, that prohibition to improve personal behavior is a lost cause, and the second repeal of prohibition will occur.”

Senator Paul has moved towards the center and away from his father when it comes to drug policy. Yet pointing this out is a flaw according to Mr. Harrington: “But, back to the point, libertarians have this problem of looking at a politician who claims to try and advance liberty outside of the Mises Institute or the Libertarian party and searches for reasons to hate him or her.”

Libertarians did not have to look hard for a reason to reject Senator Paul. He is the one that said, “I am not a libertarian.”

This is the problem of balance that will be ever present for Senator Paul. Messaging is essential to having a chance at running for president in 2016, and I completely agree with Mr. Harrington that Senator Paul is working towards that end, but at what cost? How does humiliating the people that put Senator Paul in office advance the liberty movement?

If we want to see the libertarian movement take hold and move forward, we must take advantage of the opportunities that people like Rand Paul (R-KY), Mike Lee (R-UT), Justin Amash (R-MI), Ted Cruz (R-TX), and Tom Massie (R-KY) are creating in mainstream politics. The Libertarian Party should own their part of the discussion as well, and capitalize on the growing acceptance of limited government and liberty.

They can capitalize on this opportunity by supporting our their own candidates. Rand Paul is the future of the Republican Party. If he were to become president in 2016, he would spend his first term fighting with a congress that as a whole does not support libertarian principles. He would be forced to move to the center to get anything done. So much for liberty.

The other option is that  libertarians can rally behind Gary Johnson and work for 5% of the national vote. At 5% the Libertarian Party would qualify for matching funds and would have access to upwards of $90 million dollars for the 2020 presidential campaign. This funding would make access to the debates a real possibility and would give the LP a real shot at winning state and local races as well. That kind of exposure is lasting and would have an impact on Libertarian candidates for many election cycles to come.

So yes, Mr. Harrington, the only way for you to remain an honest, respectable libertarian is to “throw your lot in with Gary Johnson.” If we can hit that 5% mark and qualify for matching funds it’s a whole new ball game for liberty and a true opportunity for limited government.