The Libertarian Case for Rand Paul

On April 18th, 2015, renowned libertarian author Walter Block published his support for Rand Paul in the 2016 presidential race. Senator Paul announced his bid for president on April 7th. The following is Walter Block’s case for Rand Paul, as released via social media here:

The libertarian case for Rand Paul 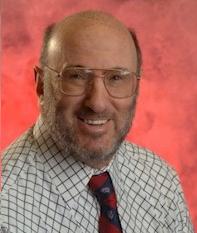 I am a libertarian. I have been one for a long time; since about 1963. I like to think that my libertarian credentials are about as good, among the living, as anyone else’s on the planet. I support Rand Paul for president of the U.S.

Yet, even I must admit, thanks to the sterling work of Robert Wenzel, Justin Raimondo and many others, Rand’s claim to libertarian support has been somewhat tarnished of late in my mind.

Previously, I gave Rand a mark of 70 on my own personal libertarian-o-meter. For comparison purposes, I gave myself a 100 (hey, I have to do so, since this metric measures conformity with my own views), Ron Paul and Murray Rothbard 97s (since I disagree with each of them on only a very few issues), and Gary Johnson, the likely standard bearer of the Libertarian Party in 2016, also a 70. But, thanks to Rand’s changes of policy, typically in a direction away from libertarian purity, I have demoted him to a 60. By the way, no other Republican candidate gets more than a 30, and Hillary weighs in at 5 out of 100. Rush Limbaugh, Sean Hannity, Mark Levin and the other Fox-ers do not break the 30 mark either despite the fact that they sometimes, rarely, have something nice to say about free enterprise.

Why, then, do I support Rand Paul for president of the U.S.? I cannot go as far in the defense of this man as Andrew Napolitano (“Rand Paul Is Every Bit As Libertarian As His Father”), but, I insist, there is a strong libertarian case for Rand’s candidacy. Let me count the reasons.

First of all, it is a matter of comparison; the choice for presidency is a relative matter, not an absolute one. Yes, Rand is no pure libertarian, but he is the best candidate with a reasonable shot at winning. When I mention the other likely Republican candidates, any fair-minded libertarian must acknowledge he stands head and shoulders above them all: Bush, Carson, Christie, Cruz, Huckabee, Jindal, Kasich, Perry, Rubio, Santorum, Walker. Some of them have done a few good things, many bad ones; none of them is in the same league as Rand Paul. It is not even close.

If the master allows his slaves to vote between Overseer Goodie (who beats them once per week) and Overseer Baddie (who does so hourly), and they choose the former, they are making a reasonable choice. Goodie is not great but Baddie is horrid. Rand Paul is no Murray Rothbard, he is no Ron Paul. But the other Republicans, from a libertarian point of view are vile, disgusting, despicable. There is simply no comparison, even fully acknowledging all of Rand’s flaws from a libertarian point of view.

Yet, some libertarians are so disappointed in Rand that they have publicly stated they would vote for Hillary rather than him. This, surely, is pique, not rationality. This is the case for preferring Baddie to Goodie. This is psychological perturbation, not sensible libertarian strategy. This is barking madness.

Secondly, thanks to Rand, the dreaded “L” word is continuously mentioned. The New York Times, the Washington Post, the major electronic media are continually using this nomenclature. There is hardly a day that goes by that the word “libertarian” is not bruited about. How are we to promote liberty when those with gigantic megaphones refuse to even utter our philosophical name? I don’t credit Rand with all of this publicity. I have not conducted any statistical study of the matter. However, it is my strong impression that before his candidacy the word was hardly used. I expect that if and when Rand Paul drops out of the race, the major media will go back to red and blue (states), left and right, and once again ignore libertarianism, which does not fall into either of these categories.

Third, against thanks to Rand Paul, the name Ron Paul is once again in the news. Again, this is just my subjective impression, but I am a news hound, the major media would dearly love to shove Ron Paul down the memory hole. But with Rand on the scene, they simply cannot. This story, the relationship between father and son, is just too good to be completely ignored. If Rand does nothing more than focus attention on his dad, his candidacy must be counted as a net benefit to our movement.

Fifth, if libertarians are so venomous toward Rand, they can have little or no influence on his future behavior, his future stances. He has already shown himself as flexible on the issues. If he changed once, or twice, ok, ok, more than that, he can do so even more. John Maynard Keynes famously wrote, “When the facts change, I change my mind. What do you do, sir?” Perhaps the facts of a gigantic, stupendous unemployment rate for black male teens will convince him to come out not only against an increase in the minimum wage, but in total opposition to this pernicious legislation. Perhaps the facts of wildly disproportionate incarceration rates for African-Americans will turn Rand in the direction of favoring elimination of drug laws, at the very least those for marijuana. Perhaps his experience with his fellow senator from Kentucky will teach him not to rely so heavily on mainstream Republicans. Perhaps the vicious way he is now being treated by the neo-cons will bring him back closer to the libertarian fold on foreign policy. In these and all other such ways libertarians might possibly play a role, but not on the basis of this totally dismissive stance they have so far adopted.

Sixth, the longer Rand stays in the race, the more publicity garnered by libertarians; see above. The more money donated to his cause, the longer he can endure in this venture. So, I urge my fellow libertarians to not only financially contribute to his candidacy but to offer him any and all support they can. Suppose Rand Paul stays in until the bitter end. Even if he does not win the nomination, he will thereby increase his chances of being picked for vice-president. This would be yet another gigantic boost to our cause of publicizing liberty. And, happy day, suppose he somehow wrests the nomination away from his Republican competitors. I’d give my eye teeth to witness a series of debates between him and Hillary Clinton, wouldn’t you?

I stand with Rand, and I urge my fellow libertarians, particularly those who have been most dismissive of him, to reconsider their position on this man. The acorn has fallen too far from the tree in this case in my opinion. But, he is by far the best we have. The perfect is the enemy of the good. It cannot be denied that Rand is pretty darned good from a libertarian point of view – compared with the realistic alternatives.

What do you think of Dr. Block’s argument?

For more on Walter Block please listen to We Are Libertarians’ interview with Walter Block, here:

We Are Libertarians Interviews Walter Block