Ruiz: What is the Spiritual Measure of a Man? 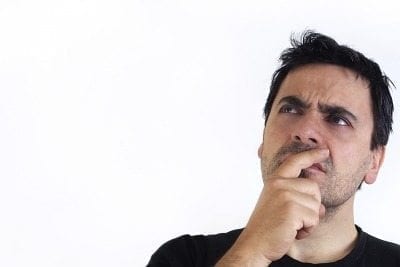 Disclaimer: This is NOT a political post. This post contains language of a spiritual and semi-religious nature. I am telling you this because I am not seeking offense, nor am I looking for an active debate for or against the validity of any specific religion. If you have an open mind and are willing to read this article as I have intended it, thank you. If you don’t believe in God or at the very least a god, you may choose to stop reading here.

I was born amongst charismatic Christians. You know – the kind that are often characterized as swinging from chandeliers and doing back flips down the center isle at their local churches. That is not always an incorrect characterization. Sunday services were rich with visions, prophecies, and those who spoke “in tongues.” My father was a pastor who, despite having what I believe to be a sincere belief in the things he taught, also had some of his own demons with which he has continued to struggle.

Over time I have become a much less “charismatic” Christian – caring more for The Word and theology of Christianity, than the pageantry which can accompany some churches. When I attend church, (something that I am not nearly disciplined enough at doing), I attend a much more calm and focused church than those from my childhood. But there is something from my childhood that I will always remember – that resonates in me to this day.

My father once told me a story. As he put it, “One Day I was in my office praying. You were in the room outside of my office (I was three or four) napping on your mother’s lap. As I prayed I began thinking about you. I prayed for you; for your life and safety; that you’d be wise and good. And as I prayed, I believe God spoke to me. He said, ‘Don’t worry about Joe. He will be taken care of.’ To which I replied, ‘but God, how could I not worry about him, with the world being what it is?’ And yet God continued to reassure me stating that he would always protect you, closing with ‘Have faith. Before the day that he becomes a man my son will have returned.’ And I was overcome with peace.”

There were instances which occurred that only reenforced his faith in that vision. When I was young my doctor caught me in what he said was the earliest stage of meningitis – which is potentially lethal. It was able to be treated as they had caught it so soon. He felt as though that was God making due on his promise to protect me. When I first got my driver’s license I totaled my car three days before Christmas – the first day it snowed, covering the roads in black ice. I swerved into a ditch, crashing into a telephone poll and causing it to break in half, the top of it crashing down onto the late Dodge Dynasty, stopping just inches above my head. Some might call that luck, and I wouldn’t intentionally test death nor flirt with it, for luck it very well may be. But, Dad thought it no coincidence, and thanked God.

While I too thank God for keeping me alive, I have no way of telling what my father heard or what he had revealed to him in his time of personal prayer. I don’t even know that I believe it exactly as he tells it. So I just live my life the best way I know how. I make mistakes and I pay the price just like everyone else, and I celebrate every victory big or small.

All in all I’m much less religious than Dad. But I’d be lying if I said I wasn’t curious about the truth. What if he was right? What if it really happened? What if Jesus Christ – whom we both believe in, were to make his return in that moment before I became a man? And at every milestone since then I have thought, “What if?”

That brings me to the deeper question, one which every well-minded boy should ask. What makes a man?

The definition changes over time. When we’re young, boys define manhood according to more juvenile parameters (getting a driver’s license, the loss of virginity, the ability to grow facial hair, or maybe even age). I thought that turning 18 would make me an adult because the law told me that at that age I could buy cigarettes or move out on my own. If that’s the case my father’s vision was way off base and it didn’t take me long to realize that I was still far from being a man (I guess the state isn’t very good at defining such things).

I then signed up to serve in the U.S. Military. I took the oath that every soldier takes. Maybe being a soldier would make me a man? From the stories I’d heard, and from what I’d seen in Stanley Kubrick’s Full Metal Jacket, boot camp would have to make me a man, right? But I’d never find out. I never saw it. While lifting weights I popped a disc in my lower back and ended up having a part of that disc removed (surgically). I was medically discharged before I even saw the barracks.

So I no longer had that as a measuring stick. What now? College? I don’t have to tell you that college does not a man make. We act more juvenile in college than we did as teenagers to some extent. So maybe my first “real” job (Post College). I got that job. It felt good at first, but over time I realized it wasn’t a career. If anything I felt stuck there, like I couldn’t move up.

Down the road I got married and had kids. That gave me more responsibility, but in terms of manhood, I don’t know. How many guys have kids and don’t take care of them? Too many. I wouldn’t call them men – at least not in the way that I am using it, which is a term of honor with at least some developed wisdom.

Later I became a Free Mason. Many great men have been a part of that organization, and while I love it, I don’t think it necessarily seals the deal.

So what then? Let’s say my father was right, and that his vision was 100% legitimate. At what point do I become a man? When does that come to fruition? At what point does any boy become a man? Will it be when my wife and I choose to buy a house? Will it be when my kids start school? When they graduate? When my wife and I retire? There’s really no way to tell. And so I figure I should just enjoy life and do my best. What is the spiritual measure of a man – that point that if asked, our creator would extend that term to label us?

Who knows? Maybe it’s only confirmed in death, at that point when we (hopefully) hear, “Well done, good and faithful servant.” Wouldn’t it be ironic if manhood only began as it ended? Either way I suppose it’s a fluid term, but it’s a good question to revisit occasionally on our journey.

Who are you? Who am I? Are you a man? How do you know? What is the measure? If you’re a believer, what is the spiritual measure?

Ladies – Don’t feel left out. Feel free to ask the same questions regarding being a woman.