Ruiz: Say No to Common Core! 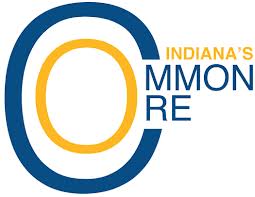 This morning I read an article from the Statehouse File written by Abdul-Hakim Shabazz (Indypolitics.org). The article discussed Common Core standards and served as a sensible argument in their defense to combat those who actively speak out against them.

From Abdul’s standpoint, arguing an overreach of power and complaining about further national guidelines for education isn’t where we should be at. Rather, understanding that the ACT’s and SAT’s (standardized tests that measure a student’s college readiness) will soon adjust their exams to fit Common Core curriculum is key. If we don’t it could leave Indiana students at a disadvantage should we choose to opt out.

Though a sensible opinion, I disagree with Abdul – respectfully. While I acknowledge his point and agree that we don’t want Hoosiers to be at a disadvantage, I say we take advantage of the implementation of Common Core elsewhere and use it as an opportunity for Indiana to shine. How? By opting out of it completely, and moving beyond it.

Hoosiers should not see the utilization of this program by ACT and SAT testing as a reason to subscribe to it. When a national bar is implemented it gives little incentive for anyone to exceed it. Indiana should understand Common Core for what it is, and still opt out.

Rather than submit to more nationalized standards, Indiana should show the strength of its independence by raising its own standards and competing with Common Core. Hoosiers can go beyond the bar, sending the most qualified individuals to college and to the workforce. Doing this we create incentives for colleges and employers to take in Hoosiers – knowing the environment of excellence that has been created throughout the state. When other states catch on they will compete.

Hold on…States competing for the highest standards of education? What would our nation become if all 50 states were trying to make their kids smarter than their neighbors rather than having one bar for all of them? What kind of national standard would encouraging competition among the states present to the rest of the world?

Imagine an Olympic track race. As it stands athletes run in a circle to see who can reach the finish line the fastest. That is comparable to education run by national standards.

Imagine Indiana legislators saying, “Okay. This is where these national educators think we need to be moving forward. Let’s examine where we are currently as a state and choose to rebuild our standards moving beyond the mark that these educators suggest.”

What would that mean for Hoosiers? Well it would mean holding our students to a higher standard for one. My personal opinion is that when you expect greatness you’re more likely to achieve it. Nobody thrives when the bar is low.

More so it would mean that we would be more than prepared. I’m no fan of standardized testing in general. I believe that education should be molded according to the individual – operating off of strength based standards and working to provide someone with a specialty in life rather than creating a nation where our children are Jacks of All Trades – Masters of None.

But if we’re going to maintain that standardized tests like the ACT’s and SAT’s are common practice, we should aim higher. Kids need to learn critical thinking as well as rote memorization, and we need to inspire them to love learning.

With that love of learning we can teach them beyond the dry limitations of standardized testing so they’ll be better than the system that exists around them.

I understand that state curriculum (as it stands) is far from perfect. But the greater challenge is getting kids to want to learn. As a person who worked with kids for the last seven years, often sitting beside them in their high school classrooms, it was sad to see that high school students were unable to answer questions like, “Who did America fight during the American Revolution?”

But half of the battle is knowing that so many of these kids slip through the cracks – not receiving adequate attention to who they are and what they’re capable of. Defining clear expectations for them, making them understand that we believe in them, and encouraging them as they push to meet their goals is the key. I not only believe that we can do that, I believe that we must.

And when we do it won’t matter how high we raise the bar.

In a short time I believe that we would thank ourselves – acknowledging that we had it in us all along to create the leaders of tomorrow, with no help from Common Core standards required.