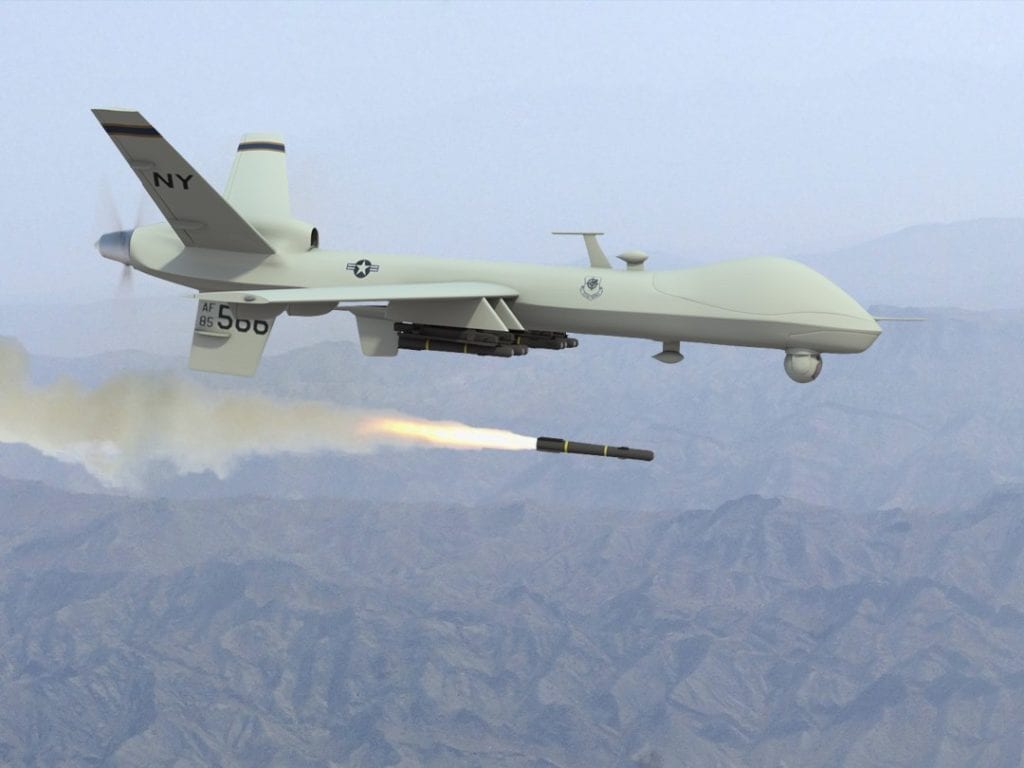 Paul E. Gable wrote a piece last week about President Obama and his administration’s self-prescribed authority to utilize drone strikes on American citizens suspected of terrorist plotting against the U.S. This was also discussed in detail on this week’s episode of We Are Libertarians (Podcast – Episode 32).

Another article posted on the We Are Libertarians Facebook page showed Republican Senator Lindsey Graham pleading with Republican colleagues to support President Obama in this endeavor. Senator Graham argued that both “libertarians and the left” are scrutinizing the President for his actions; therefore Republicans need to support his effort. My colleagues have already discussed the pitfalls of this decision sufficiently, so I won’t explain (again) why no president should have that authority. Rather, my concern is something greater – yet potentially more abstract. My concern is life.

With regards to abortion the Republican Party is generally considered a champion for pro-life advocacy. While my position on abortion does not necessarily match that of the Rick Santorum wing of the Republican Party (I am a Pro-Life Libertarian), we both share a deeper concern for the respect and sanctity of life.

Side Note: You will not need to be Pro-Life to appreciate this article.

Prior to running for U.S. Congress in 2012 I had spent the past six years in social work – specifically working with the at-risk youth in my community. When you work with kids who have been abused (mentally, physically, and sexually), who have been raised in poverty, committing acts of violence, vandalism and theft just to get by, you occasionally see and hear things that no one should have to see or hear. There are specific instances which I will not describe in full detail, which will stay with me until the day that I die.

However eventually, after hearing and seeing those things on a regular basis over a long enough period of time, a person can become desensitized to it. Rather than gasping in disbelief it becomes just another day in the office. But there are certain things that one should never become desensitized to. Life and Death are among those things which we should continue to respect without exception.

During a time of war our troops may be confronted with situations where the taking of a life, in order for a troop to defend his self or our country, becomes necessary. In my opinion these decisions must be made with great wisdom and conviction, and with respect to the severity of the situation. If our troops would get to a place where life was taken casually, one could become desensitized to the act of killing another person. This is unacceptable.

This is why I disagree with the use of drone strikes – period. Others may disagree with me on this issue (even within my own party).

I told someone recently (only half-heartedly) that I long for the day when war was conducted by spear, sword, or even by bayonet. It made decisions of war personal. It drew a line in an individual’s moral fabric where, if life was taken casually, he would have to look in his victim’s eyes at the time of his death. In the end that man’s face would be remembered. The sound of his last breath would become that recording that played over and over in the mind of his killer – for as long as he shall live. In short, a man would have to live with his decisions.

On the other hand if death were justified (reasoned by defense), the soldier would feel validated in his action and would proceed with a clear conscience.

We have now arrived in a time when the death of an individual can be accomplished by remote. Death has become impersonal. The debate is no longer one of wisdom and conviction – about the moral decision to take a life or not to take a life. It has rather become, “Of course we know that it’s okay to kill people with drones internationally, but should we also be able to use this technology on Americans?”

This is a failure of our political system.

While I am still a proud American I realize that I am a member of the human race first and foremost. Respecting the life of our neighbor is an understood rule of mankind – whether spoken or unspoken. If as a nation we become desensitized to life and death circumstances – nonchalantly taking life without trial, cause or evidence, what have we become? With our president’s new position, the administration has stated that they only require a guess, or an assumption of a person’s involvement in terrorist practices.

When making up your mind on this issue you should ask yourself the following questions: “Can I trust my government to make life and death decisions based on guesses, without evidence that the people may use for accountability?” “Have innocent lives ever been taken at the hands of government (statewide or national, be it by mistake or purpose)?” “Economically congress rarely agrees on anything. That has led us into massive debt without resolution. If they are irresponsible with our money, can they be trusted with our lives?”

For all of the areas where we might disagree, I am glad that we agree with one another in terms of the Obama administration’s recent decisions.

Being Pro-Life has to be a decision rooted not only in the defense of those who cannot defend themselves. It must also be a decision rooted in the respect for life in all circumstances. To consider supporting such an agenda is the antithesis of your Pro-Life rhetoric, and I pray that the unborn are not brought forth into a world where natural death is not only eminent (as has always been the case) – but where casual death (prompted by the whim of elected officials) is commonplace for American justice.

My name is Joe Ruiz. I respect life. I oppose war. And I stand firmly against drone violence. For all who read this, I hope you will share my sentiment and fight the power accordingly.