Ruiz: My Thoughts on Republicans – What’s in a Name? 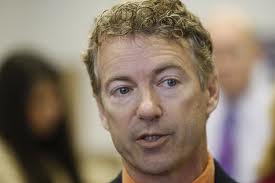 My Thoughts on Republicans: What’s in a Name?

What is in a name? If you’re a Republican, these days it seems very little that is positive.

Now, before you get upset (if you are a Republican) understand that I take no issue with the title. Being a Republican, a Democrat, a Libertarian or a Green only means that there are different ideas between individuals about what the role of government should be. I can respect those who want to debate if the debate is honest and civil. If it’s done right I believe a lot can be done to reconcile founding principles and the future of our nation.

In life a name does not define us. What we stand for does.

But 2012 was a bad year for Republicans. Some in the GOP now believe that in order to be popular amongst modern voters the party as a whole needs to become more moderate or more liberal. But what does that mean? Become a more Democratic Republican? Become a contradiction?

If the Republican Party moves away from what it stands for in order to “adapt to the times” but keeps the party name, what does it matter? They could get a majority vote in every election and it would all be for not. Wouldn’t it? Markets would not be free. Taxes would not be minimized. The choices of free individuals would not be respected any more than they are currently.

You’d then no longer be fighting for a better way of life. Rather you’d become nothing more than a mascot – a senseless cheerleader in colorful rags, rooting for one team to beat the other for nothing more than bragging rights.

When I look at someone like Rand Paul – a libertarian leaning Republican, I can respect and value his voice on the national stage regardless of what he calls himself. Why? Well, because he refuses to be his party (save for the Mitt Romney endorsement).

He knows what he believes, and is less interested in marketing Republicanism to those on the Left and in the center as he is in marketing liberty to every American person. As a result I (as a Libertarian) can still look at Rand Paul (a Republican) and get a sense that we are on the same team.

As libertarians, we will continue fighting to preserve a set of ideals rather than simply a name.

In that way it won’t ever really matter how we are labeled (regarding our party affiliation). It’ll just come down to this: Are we Pro-Liberty or not. What do we stand for? Are we at least “libertarian” in our behaviors? And while our resolve may be tested, our foundation will always remain secure. Even if time changes the cultural landscape of our nation, truth may be forever on display for those who choose to witness it.