Ruiz: Are All Governments Evil? 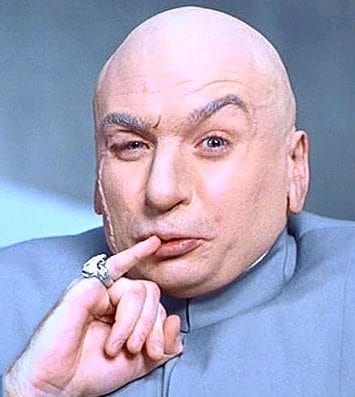 One of my best friends in the world is a Republican with libertarian leanings. Early this morning he posed an interesting question via text message. The following conversation is what took place, and I think it is a really good illustration of what can happen when we (as libertarians) position our conversations in a way that is civil rather than being rooted in an “I’m right, you’re wrong” mentality. For the sake of anonymity I am going to call the other person Bill.

What side do you fall on? Do you have a different take on it? After you read the conversation feel free to leave your thoughts.

Bill: True or False: All governments are evil?

Me: True. But that does not mean that all individuals in government are. The idea of government always has to be evil because it operates by force.

Bill: This is where I break from you. I don’t think that all governments are evil. I do recognize that tyranny has been the rule and that freedom has been the exception (as far as human history goes). But, I would say that today the American government has been far more misguided than it is evil. Worldwide we do have evil governments, but as far as the U.S. goes, I think misguided is a better word.

Me: But is force evil? And is all government action rooted in force?

Me: Example? Because here is what I think is happening. I think of government as an idea – as an institution. You are more prone to putting a face on that idea, like the United States. When you do that it is easy to second guess it because we want to be loyal and feel like our government is good overall. And as compared to other governments, maybe it is.

Bill: Give me a moment with the example, but I think that there are times when we need authority, and authority can be handled righteously. This is why I am a believer in a Constitutional Republic, because the government governs at the consent of the governed.

Me: Good point. But I believe that the Constitution was formulated because they understood the idea that government is evil. And perhaps it is a necessary evil, but it is evil nonetheless. That’s why they wanted to put restraints on it by outlining our rights and the role of government. But when Ben Franklin said “you have a Republic, if you can keep it,” it was because he understood governments’ nature.

Bill: Force in and of itself is not evil is it? In a way I often force my will on my kids. Now, I understand that the relationship between government and the governed is not parental. But for example, when a cop directs me to take another route because there has been an accident he is not being evil, even though he is forcing me to take another route. And I think they wrote the Constitution because governments have a propensity towards evil.

Bill: I think sin is different than evil. Evil is to hurt people for your own gain. I think most of the harm that comes out of our government is inadvertent and with good intentions. I think we are really fortunate to live in a country where the actual evil is probably very minimal.

Me: I guess it always comes down to how terms are defined.

Bill: How would you define evil, and did you take the libertarian purity test?

Me: I’d say evil is at the heart of sin.

Bill: What did you get?

Bill: 78. I think that test sees anarchists as the most pure libertarians.

Me: I think you are probably right. I was happy to get a 90.

Me: People are the good that combats evil ideas. If we accept that government is good, or the opposite of evil, it becomes an excuse for the evil that occurs on their watch. Without people government is simply collectivism. With people government can become the pursuit of balance. Our objective as libertarians is to tip the scales, even if only slightly, on the side of liberty.

Bill: Sure, we should never assume that our government is righteous either. We should always be careful with power and authority, but I would prefer using the word evil to describe a government like what they had in Nazi Germany. I would use the word misguided if their worst crime is forcing kids to attend a poorly operated public school system, or trying to combat poverty.

Me: Consider the root though. What if a parent refused to participate in paying the taxes that provide for public education? What would happen?

Bill: I also agree that since we live in a blessed land with a good sense of law and order, people have forgotten how quickly governments can become evil.

Bill: And I suppose they would go to jail or be fined or something.

Me: Fined first, probably. And then jail if they refused to pay. Therefore, opting out of the will of government, even if done peacefully, can result in being locked up.

Bill: I think I see your point but go ahead.

Me: Okay. If they come to take you to jail and you peacefully refuse to go, then what would happen?

Bill: You’re probably going to be dragged there in handcuffs.

Me: Is that “misguided?” To throw a peaceful person in jail by force when he has harmed no one?

Me: Really? Or are you just saying that to stop our long text-off?

Bill: No, that was a solid point.

Me: Nice. Thinking government is evil isn’t bad. It just means we have to do our best to hold them accountable, or get involved and try to be the good within.