Ruiz: I Oppose One Voice Now 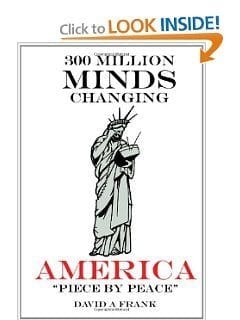 “Democracy is two wolves and a lamb voting on what to have for lunch. Liberty is a well-armed lamb contesting the vote.” – Benjamin Franklin

One of the things that I am not privy to doing in the political arena is making enemies. Though usually passive aggressive, politics already seems laced with rivalries. Every day is a joust where one knight charges the other – the time and money of their constituents serve as their warhorse while opposing ideas become their spear.

To an extent this is to be expected. Everyone has their own interpretations of what is right and what is wrong. Some live by it, while others make it secondary to personal gain. And, in an environment seemingly littered by special interests and ulterior motives the principled among us often look for alternatives to the system which has evolved into its current state.

Some people, like Sen. Rand Paul (KY), attempt to use ideas from the inside to change one of the major parties. This is a challenge because while the brand has already been established and the ground work has already been laid, these are the institutions that have created the current political climate – wrought with corruption and generally not representative of the voters who take a chance on them.

Other people, like me, attempt to use a newer party like the Libertarian Party as a vehicle for more honest ideas and the resurgence/preservation of representative government.

Still, there are others who advocate for an entirely different system altogether. Who can blame them? It doesn’t seem like anything positive comes from Washington as a whole, and often that frustration can be taken all the way down to the local level. But you have to be careful when taking this route.

Those of us who try to change the political structure as it is do so in steps. Take down one brick at a time and recycle it into something more favorable. Those who attempt to demolish it in one quick instance risk the entire structure coming undone – with all of our rights and liberties buried beneath the debris and left to die.

This is where, for the first time I risk making political enemies (other than Lindsey Graham and John McCain).

In the county where I live there is a group of activists who are currently trying to redefine the system by destroying representative government entirely. What would they exchange it for? Pure democracy.

The group call themselves One Voice Now. While I am uncertain of the group’s exact origin I do know that the ideas which they subscribe to are largely published in a book by David A. Frank titled 300 Million Minds Changing America Piece by Peace.

Dave Frank describes his plan for America as being the result of a vision that he had in 1989. His vision, which won Mr. Frank the Dr. Martin Luther King Jr. Award in South Bend, Indiana, involves using modern-day technology to eliminate the need for representative government – allowing individuals to vote on each specific issue, utilizing computer networks.

According to the book description on Amazon.com:

“By remapping America to look like a honeycomb, each community, looking like a hexagon, we will use present day technology to allow the ‘people’ to start fixing America from the ground-up. The new system will allow the ‘people,’ not the politicians, to begin to raise, debate and vote on issues that they believe can make their communities a better place to live. 1000 Technological Town hall Meeting systems across America will utilize the knowledge and brainpower of 300 million people, making the world a better place today, for the children of tomorrow.”

To clarify, voters would have the opportunity to see and hear specific issues debated by normal, non-elected citizens via radio, television, and other mediums whereby each community has an ongoing town hall to provide voters with the mental ammunition to make an informed vote. Then, each person would log in to their online voting network to vote on the specific issues at hand. The majority vote would determine the policies.

And therein lies the problem. There is the danger that would arise in such a system. Any time something is left to a majority vote the minority voter is sentenced to live by the end result.

If you noticed the Benjamin Franklin quote at the top of this article, you saw that our founders understood this danger, and tried to prevent it by installing a Constitutional Republic. Our Constitution is the cornerstone of our nation. The most significant problem with modern American politics is that so many of our representatives, who are supposed to legislate according to a firm and steadfast resolution – upholding their constitutional obligations, do not.

They don’t read. They don’t attempt to understand the value in our founders’ advice. They stretch and mold their interpretations of the United States Constitution to fit their agendas rather than using that great document as the rule of law. They disrespect the very foundation of this great nation, and for that reason alone the laws and practices of our current representatives prove unfounded.

If One Voice Now were to achieve their vision for government, “the people” would most certainly make decisions. But would those decisions abide by the Constitution – a document that exists for the sole intent of limiting government for the preservation of our God-given rights and liberties? That is uncertain as we cannot predict human action. And that is point one against One Voice Now and their political mission.

Secondly, consider the technological glitches that could arise. Take a look at groups like “Anonymous” who bend technology using computer hacking out of protest and activism. Now consider the character of men, whereby many seek power and authority. “Where there is a will there is a way.” That is a popular saying. And the potential for those seekers of power to use technology against the people whom it was intended to help in the One Voice approach does exist. Voter fraud and/or tampering with election results is not a concept that is unheard of.

For these reasons alone I oppose the mission of One Voice Now. My opposition is not malicious. It is not personal. It exists only because of the evil that it could potentially create. If all of the voters in a community vote to violate or transgress even one of the rights that guarantee us freedom, it is not for good.

And therefore we need to refocus. It’s true that representative government will continue to fail us as long as we refuse to educate ourselves and hold them accountable to higher expectations. So let us begin now. We don’t need pure democracy. Our rule of law is good. It was conceived by men who had seen the alternative – who knew what it meant to be the minority, persecuted by the majority power holder. Back then it was a king. With One Voice Now it would be a majority. Just as we do not need a king, we do not need a majority to define and dictate the motions that we take in our daily lives. If we are at peace in our actions – never violating our neighbors’ ability to perform the same, the only vote that should matter, or count, is my vote for how I choose to live my life. To you I would extend the same courtesy.

I cannot answer which is better for you; working from within the Republican or Democratic parties to reorient our current policies or using an alternative vehicle like the Libertarian Party. What I can tell you is that representative government and our United States Constitution can work, if we respect with the reverence that they deserve.

For those officials who do not, they must be removed from office. And for those candidates who make promises, we should use the Constitution as a way of vetting those promises – only to elect those who seem authentic and sincere in their potential oath.

One Voice Now does encourage informed voting, to which I offer it credit. What it also does, and the part that cannot be tolerated, is allow bullying by way of majoritarianism.

At the end of the day I will sum it up the way I have summed up my positions on other issues. I am Joe Ruiz. I oppose the agenda of the group One Voice Now, and I will always fight for good and honest representation in our Constitutional Republic. Long live the United States of America, the U.S. Constitution, and the freedoms that they should always guarantee.