Ruiz: Entertainment Is Good For Liberty 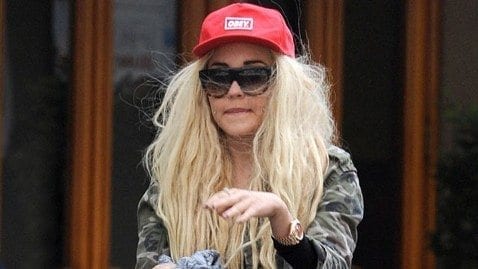 Creighton Harrington and I have often debated the existence of “TMZ-like” news outlets who commit their time to stories which impose on the personal lives of celebrities and treat Hollywood entertainment stories as if they are real news. Creighton feels that the stories provide a distraction from the more serious stories that are taking place in the world. I call it dessert news, and I read it every morning.

Why do I waste my time? I suppose it’s all a matter of feeling. I know what it impacts and that I’ve got very little at stake. For instance, when I read a story about Amanda Bynes (who has often been joked about on our podcast) I think to myself, “That girl is crazy.” I then shake my head a few times and move on with my day. Why should I have to take it any further?

On the other hand, when I read reports that the NSA has been spying on American citizens by way of everyday communications, that’s different. As a taxpayer, it’s frustrating enough that I already have very little input as to what they do with my tax dollars. To learn that something so sinister is being funded by the very people that it victimizes, well, that’s just discouraging. That’s the kind of news that is relevant, yes – but it lingers. It frustrates. It angers.

And so, while it is important to take a stand on issues where one’s liberty is in crisis, devoting your every minute to it – in a world that seems to be moving in the opposite direction can turn even the most passionate of libertarians into bitter, frustrated, and mentally checked-out observers of the world moving forward.

Perhaps in the grand scheme of things celebrity/entertainment news does mean very little. However, if it does entertain you, run with it. One should never discount the value in entertainment. In a sense it is escapism, and there is (to me) not a single person who should have to justify the need for entertainment, enjoyment, or pleasure.

For those on the battlefield – involved activists with noble intentions and a worthwhile cause I salute you. You, more than most, probably have a more difficult time taking a break from the day’s events. I get it. I’ve been there.

But there will come a point (I’m sure of it) when your best efforts will feel undermined by the corrupt facade that has become our mainstream media and U.S. political system. That is the fork in the road for a libertarian. Which path will you choose? Will you lose faith and give up the fight? Will you fall away from your activism and let the work that you’ve put into your message be all for naught?

Or will you breathe? Find a magazine or a non-political book, watch a movie, or shake your head in disbelief at Amanda Bynes’ Twitter page? Taking a step away and gathering your thoughts – allowing yourself to enjoy life (even if just for a moment) can make a huge difference, and even bring you back to the fight a more energized and effective messenger for your cause.

So go to a baseball game or a car show. Take a vacation. Keep up with the Kardashians or buy a new video game. Most importantly enjoy your friends and family. The human experience is most likely something that won’t give you a second go-round. So make it worthwhile.

And take comfort knowing that while Amanda Bynes does make some atrocious gaffes, at least you’re not paying her to say stupid things as you are with some of our elected officials (Joe Biden, Lindsey Graham, Nancy Pelosi, etc.). Live free, and be entertained. Entertainment is good for liberty.