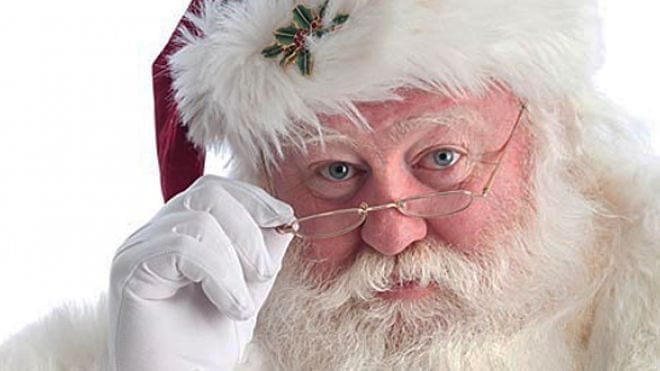 There are a lot of people mocking Fox News Anchor Megyn Kelly today due to comments that she made regarding Santa Claus and Jesus. See the following video:

Megyn’s rebuttal came from an article written in Slate by Aisha Harris – a culture blogger for Brow Beat. Kudos to Ms. Harris for writing a piece that has generated so much conversation. After all, isn’t that every writer’s goal; to be thought-provoking?

Regardless, I have to disagree with her premise, as well as her proposal to turn Santa Claus into a lovable cartoon penguin – but I understand her point. It’s cute… but I don’t want a penguin Santa (or any other animal for that matter).

I even enjoyed her father’s anecdote; the chameleon Santa Claus who morphs from ethnicity to ethnicity depending on the household. Still, as  a Puerto Rican / American, I know I’d tire just as easily of giving my kids some doctored story – different from the Santa Claus I’ve always known. How would it even sound? “Now kids, you’d better be nice! When our Ricky Martin Santa Claus jumps down the chimney; presumably because he likes to live la vida loca and base jumping just isn’t enough of a challenge, you’re going to be sad if he brings you a lump of coal!” And I’m not saying this just to defend Megyn Kelly. She’s a big girl and she can hold her own.

I am doing these two things:

1. I am commenting on the media as a whole (which Megyn Kelly is a part of). The media are like seagulls sometimes. They circle and circle until the slightest breadcrumb (or soundbite) falls within their reach. Suddenly they dive; hoping to be the first to get it. They then peck at it until it ceases to exist and return to their pursuit. Maybe we (We Are Libertarians) are guilty of this sometimes too (I don’t know), but the attack on Megyn Kelly today has been less about a reasonable conversation regarding St. Nick, and more about trying to embarrass and discredit her, period. Consumers of the media deserve better.

2. I am also posing a question. Aisha Harris approached the issue from a place of reconciliation, progress, and equality – but it failed. In 2013 (almost 2014), what sends more of a message of peace and acceptance; segregating Santa Claus so that he only caters to children of the same color, or accepting that Santa Clause (as he has always been marketed) is a guy who loves people, regardless of their complexion, enough to brave the cold (and probably some overbearing FAA regulations) on his sleigh, one night a year so that we can experience a day of joy on December 25th?

I don’t need (or even want) Santa Claus to be a Puerto Rican / American on my account, and I certainly don’t want a penguin in my home unsupervised. Besides, taking a penguin out of their natural habitat and forcing them to work (even if only in the land of fiction) might upset some animal rights activists somewhere, and they deserve a good Christmas too I would think.

Forgive my tone if it seems belittling. All I really want (as a parent and as a person) is to make sure that the message is always moving in the direction of love; never divisiveness or displeasure. And, while I can’t back Megyn Kelly for introducing Jesus as if he were an equal component in this argument, I can say that our traditional Santa Claus does just that.