Two days of jury duty inspired me to publish my exploits in the following piece:

Growing up we’re told that serving on a jury is our civic duty. It’s explained to us that our ability to be heard by a jury of our peers when charged with a criminal offense is foundational to our freedom. Though a weighty responsibility we’re told that answering our call to the bench is noble, necessary, and just downright American. Now, all of that may be true, but the older and more involved your life becomes, the more jury duty begins to mean different things.

As an adult jury duty means:

When I was summoned to court this week I reported to the designated jurors’ section of my local courthouse. After signing in I noticed that there were 16 chairs in the hallway and several more in the juror’s room. Those 16 in the hallway were the executioner’s block (figuratively speaking). If you were assigned to one of those seats it meant that you would be first in the juror’s box, which increased the likelihood that you would be chosen to stay for the trial.

Fortunately the number next to my name was 23. I thought that meant that I was in the clear. I sat down in the juror’s room, made myself a Styrofoam cup of government coffee (instant coffee), and awaited further instruction.

When the bailiff entered the juror’s section she realized that several of the people assigned to seats 1-16 had not shown up. As such she began to randomly call on numbers from my section. With the sound of each number someone stood quietly with their head down as though they were being sentenced. I couldn’t help but feel like tributes in the Hunger Games. Suddenly my number was called.

It’s amazing how such a rag tag group of individuals can be roped together in a setting like jury selection. Aside from me, a libertarian/anarchist radio employee and former US Congressional candidate turned podcaster (all of which were things I thought I would be disqualified for), the following cast of characters would also appear:

Juror’s 14 through 16 were fairly normal and there isn’t much to note about them. So naturally they were dismissed and didn’t have to serve. The final jurors selected for the trial were myself, Grey’s Anatomy 2.0, Forearm Belly Dancer, the Ethan Hawke Doppelganger, Disabled Veteran Guy, Conspiracy Theory Grandma, and Indifferent Annie.

When the case finally opened we learned that the defendant was being charged with intimidation on two counts as she had allegedly threatened a police officer both while being escorted to his police vehicle, and also once inside the vehicle while being transported to the station.

The judge made it clear on multiple occasions that those of us serving were to maintain a presumption of innocence on the defendant’s behalf, and that only if the State proved certain essential elements beyond a reasonable doubt were we to make the decision, during deliberation, to convict the defendant, after all evidence had been examined. I was glad he made such a point to repeat this over and over. If I were being charged with any sort of criminal accusation I would want the same courtesy extended my way.

The Prosecuting Attorney (The State)

The attorney who represented the state was a 46 year old man-boy draped in an oversized Brooks Brothers suit with thick, long hair, better suited for a Pantene commercial than the courtroom. I say man-boy because he looked a trial lawyer who was fresh out of his bar exams but claimed to have been born in 1969. Nevertheless, it was easy to see why he had the job. He was a silver-tongued craftsman of words who made even the weakest of arguments seem plausible. His spin was second to none and his vigor was unquestionable.

His responsibility throughout the case was to prove:

According to our instructions, “If the State failed to prove any one of these elements beyond a reasonable doubt, you must find the defendant not guilty of Intimidation, a Level 6 Felony.” 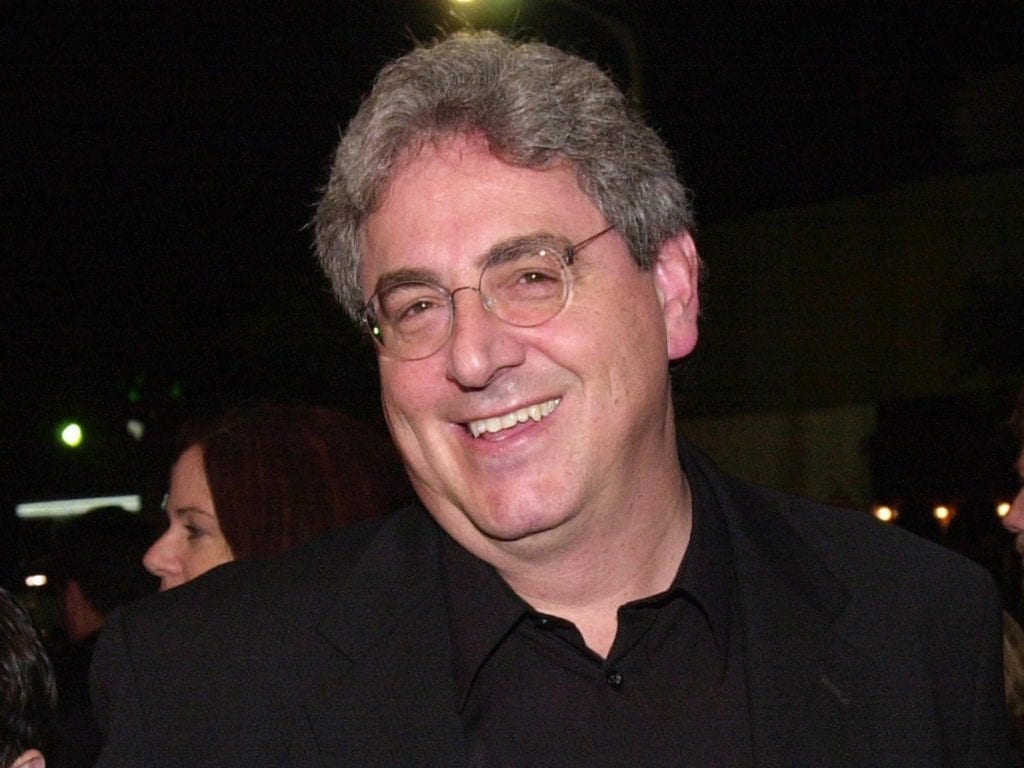 Let’s be honest. It’s common knowledge that if you’re going to be an attorney, the money is not in public defense. Public defenders are the guys (and gals) that represent those who can’t afford representation. And this guy looked the part.

Actually, the best description I could give is that he looked like Harold Ramis (RIP). That crossed my mind several times throughout the trial. He looked AND sounded like him, which at times made it feel like I was watching a movie.

The defendant was an older, African-American woman who was probably in her early 50s. At 6”4 inches tall it was easy to speculate how she could physically be perceived as intimidating. However, she had a very kind demeanor about her which helped to offset any pre-conceived notions that our natural instincts may have wanted to lend.

The prosecutor opened evidence with pictures of the crime scene on the night in question. The incident happened on Christmas Eve around 10pm. He showed the front door of an apartment building with droplets of what appeared to be blood covering the porch. He then showed a picture of the entry way to the defendant’s apartment inside where droplets of blood also covered the floor. More of the apartment saw blood on the walls, as well as her bedroom window. Her home lacked had in the way of decorating, with items thrown all over the floor in a very disheveled manner, and one poster on the wall which maintained a scripture from the Holy Bible.

There was also a picture of the woman’s hand and a half inch cut across her pinky finger, which seemed to be the source of the bleeding.

Besides the photographs, the State opened evidence with a witness. He was the arresting officer and the defendant’s accuser, a Caucasian, male in his early 30s. After swearing in he began to describe the events of that night. But he was somewhat vague. All he (and the prosecutor) would say is that he approached the woman’s apartment, saw blood leading in from the doorstep to the entry way, and went in to check the scene.

Afterwards he placed her in handcuffs and began to walk her out to his car. In a drunken stupor, he alleged that she spun around; hands cuffed behind her back and shouted, “I will fuck you up.” She also allegedly stated, “I know people you don’t know.” At that point the officer informed her that he would be filing a charge of Intimidation for her threat. He then stated that, while they were driving to the police station she made another threat while seated in the back of his patrol car.

We were then shown a tape from the dashboard camera in the officer’s vehicle to support his claim of a second threat. This was a mess. White noise like the purr of his engine seemed to be prevalent over anything else that we could hear. Each time he turned the sound faded in and out. Also, when an announcement would come over the police radio everything else seemed to fade. The defendant’s voice could be heard mumbling something about missing Christmas and wanting to open presents with her family. The threat that was alleged was almost entirely inaudible. Each of us on the jury seemed to hear different things leaving the tape almost inadmissible as helpful evidence. If anything it proved to me that the dash cams in police cruisers suck, and whether they’re a tool used to protect the officer, or the civilian, or both, they did not help any party in this case.

After the tape the prosecution rested their case and the defense introduced the defendant to the stand. This was an interesting move because the burden of proof rested entirely on the State. By that I mean, because the defendant had the presumption of innocence they weren’t responsible for presenting any evidence or witnesses. They could have just sat back and told the prosecution, “If we’re guilty, then prove it.”

The defendant had already plead “not guilty,” after all.

But I’m happy they chose to let her speak because she painted a more full picture of what had happened during the course of her day. According to her testimony, the events unfolded as such:

Apparently her ex-boyfriend was at the hospital with the accusing officer’s superior claiming that he had been in fight with the defendant and that she cut him with a knife. That’s why the superior officer supposedly asked him to make the arrest. However, because no evidence suggested that the altercation actually took place they could only charge her with intimidation.

She suspected that the cut was actually from ripping up her apartment and breaking her TV.

So what did we have for evidence? We had the officer’s testimony saying, “she threatened me.” We had the defendant’s testimony stating, “At no point did I threaten him.” We had photographs of a crime scene which couldn’t prove the threat that was allegedly communicated, and we had a tape from the officer’s dash cam which indecipherable.

The defense said a few words and thanked us for our time.

It was easy to come up with a unanimous decision. The only way that the prosecution could have proven beyond a reasonable doubt that she had indeed made the threat would have been:

She may have made the threat, and in all actuality she probably did. But without any of those things to prove it all we had were two testimonies, both under oath, both giving different accounts of the incident. And so we declared, “Not guilty.”

Personal Speculation in the Aftermath

Was she the most clean cut, wholesome, seemingly trustworthy person we’d ever encountered? Absolutely not. However, I speculate that the cops probably got tired of being called out to her house on Christmas Eve, and since the ex-boyfriend was making a claim of assault, even though it lacked proof, they used it as an excuse to bring her in. At the very least it meant they wouldn’t spend the rest of their holiday going back and forth. And they could justify the arrest on paper citing probable cause.

And when I say she probably made the threat, what I’m saying is this:

If you called the cops for help (on Christmas Eve of all days), when you had been drinking in your own home (which isn’t against the law), and they proceeded to arrest you (compromising your family plans the next morning), wouldn’t you say something?

I’m not saying a threat is ever justifiable, but under those circumstances I think any typical drunk, wrongfully accused, and angry person would probably do something similar.

Not only that, but the officer admittedly had two firearms, a Taser, and pocket knife, and other officers within shouting distance. Meanwhile, she had her hands cuffed behind her back and was so drunk that she could barely walk. How intimidated could he have really been?