Nobody wanted Chi-raq to be a good movie more than I did. I wanted it to be the best movie.

As an extra in the film – alternating between the roles of “Riot Police Officer,” “National Guard Soldier,” and “National Guard Dancer,” I was invested. Chi-raq was my first experience on the set of major film, and I gave 10 days of my summer – long days that ranged anywhere from 10 to 16 hours, to acting out my small parts.

And though they were small, I spent months hoping for an epic masterpiece. I hoped for a dark horse to ride in with a powerful message and spark an authentic change in the streets of Chicago.

I regularly checked the film’s IMDB page for a release date, shared updates as they appeared on social media, and pre-ordered the Blu-ray as soon as it was available.

Even as an extra, I could have been as proud of Chi-raq as its creator, Spike Lee.

And then I saw it…

First, I’ll offer the disclaimer that I knew gun control was (thematically) going to be a big part of the story. Still, it was a chance to be a part of a movie helmed by a well-known director, and since it was my first opportunity, I wasn’t about to turn it down.

Despite those themes Chi-raq had some very redeeming qualities. In theory it could have had a profound impact on its subject; Chicago neighborhoods driven by gang violence – burdened by black on black crime.

But the final product seemed to lose track of its audience. For every good point the film championed, something was said or done to negate it. 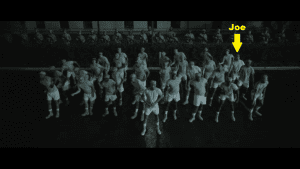 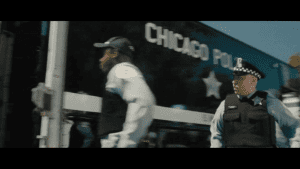