The Right Decision for The Wrong Reasons 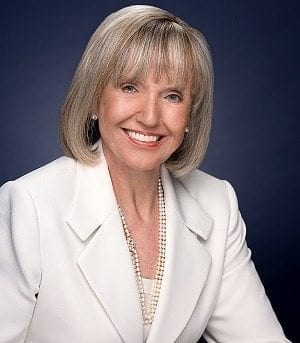 A “religious freedom” bill was being pushed for in Arizona, and the entire nation was lining up to be on the record as either condemning it or expressing their support (more the former than the latter). Yesterday evening, it was vetoed by Arizona Governor Janet Brewer. The bill would have allowed business owners to choose who to do business with, as long as their criteria for selection was based on solely their own religious beliefs, and the perceived “gayness” of the customer.  Because the bill failed, all businesses are now required, under threat of force, to deal with any gay or lesbian who chooses to approach them. Brewer’s rationale for vetoing the bill was that it “has a potential to create more problems than its purported to solve.”

While the opposition to the bill has been as equally devoid of logic as the bill’s supporters (described later in more detail), I for one support Governor Brewer’s decision to veto the measure. I will not pretend that anti-discrimination laws being imposed upon the private sector is grossly immoral and out of government’s jurisdiction, but being so audaciously conceited and tyrannical as to grant someone “permission” to deal with others at their own discretion is just as obscene of an offense to the cause of freedom and equality. By supporting this bill, you would have endorsed the idea that it is by the generosity of the state that you are free from involuntary servitude. You would have said that your right to choose whom you do business with comes from government, thus giving you no real claim to your rights, your labor, or your life.

The second greatest objection that I had to this was the fact that it was voiced from a position of miserably hateful bigotry. Out of all of the millions of reasons, both valid and invalid, rational and irrational, why on earth did they choose something as narrow and as ignorantly clichéd as to make homosexuality the target? This is most clearly not a “free market bill” or a “freedom of religion bill” (the words “freedom” and “bill” put together are an inherent contradiction in terms), so the liberal side of the spectrum was absolutely correct in labeling this as an “anti-gay” bill. When it comes to government action, a “pro something” will always be balanced by an “anti something else.” It is unavoidable. As the expression goes, “You can’t have your cake and eat it too.” – or in this case: “You can’t have a master and no slaves too.” In order for only one person to be free, all the others around him are by default NOT free. The reason that the right to property and voluntary agreement was extended to only the homophobic, and not to any other group is the fact that they have no actual reverence for your rights or your liberty. Allowing Person A to have access to his Natural Rights, but not Person B, gives A an immensely unfair advantage over B.

The solution would be government acknowledging that they have no power to exert any dominance over your personal or economic affairs. This is different from “legalizing.” I am not asking permission, I am demanding. There should be no laws neither restricting nor allowing free, voluntary trade, as it has no authority to either restrict nor require it. And with this freedom, people will follow their own judgment.  A failure to understand this concept was running rampant in the national debate of the issue. Nearly everyone who approached a camera or microphone was convinced that ALL (or at least 90%) of people base their behavior on what government has to say. For example, The NFL is now considering moving the location of The Super Bowl, as this measure would violate their non-discrimination policies… which of course suggests that The NFL is under the pathologically cynical impression that people are just itching to discriminate against gays and lesbians if the government will only let them. Similar to the liberal joke that being gay is a disease, and that evangelicals are afraid that marriage equality will cause an epidemic.

In the premise that both sides either chose to support, or oppose this bill, they demonstrated their belief that the American citizen is unfit to be free.

So while the right mourns its fundamental defeat, and the left celebrates its superficial victory, the battle for the power to rule America rages on.