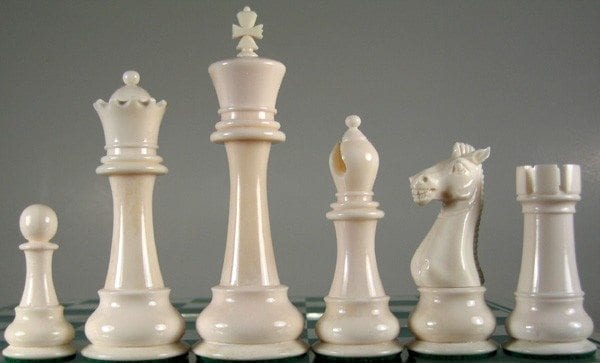 Shortly after joining the Libertarian Party I realized that this is a community of intelligent, policy-minded individuals. Discussions can become deep quickly and often become impassioned. The Constitution is upheld and defended on principle, conspiracy theories are traded like baseball cards, and holes in economic theories are called out faster than you can say Henry Hazlitt.

From the inside the community looks like a bazaar of ideas being freely shared and sharpened. From the outside, it simply looks bizarre.

This outside perception is problematic. An election is won by convincing people to show up to the polls and vote for your candidate. These people have mortgages to pay, kids to feed, and all of the other distractions of day-to-day living. Their limited attention to our message must fit into this very small window of opportunity and it must appeal to the typical voter.  But this is no easy task.

Being the “Party of Principle” complicates this situation even further. The positions that we take as libertarians are typically well researched, constitutional, and counter-culture. Without the proper context, our positions can seem extreme. Take for example the stance that the Department of Education (DoE) should be eliminated.

In “Liberty Defined,” Dr. Ron Paul provides the key arguments against the DoE:

Unfortunately, most Americans view our public education system as a “sacred cow” that shapes our society and provides the best education in the world. What we have here is the right idea, but the wrong message.

Fortunately, Republicans and Democrats have perfected the art of condensing their messages into sound bites that are easy for voters and the media to consume. By borrowing this technique we can frame the discussion around our principles and have policy discussions on our terms. This important skill improves communication with the voters and prepares candidates for debates where two minute responses are the norm.

Let’s look again at education. We know the federal story, however; at the local level the Libertarian Party supports school choice and advocates strongly for parents and teachers to be the authority on the curriculum used in the classroom. This is a good statement, but can we frame the story to our advantage? Keep in mind that many of the voters we are targeting know the teachers in their communities. Vouchers and other school choice programs have been characterized as anti-teacher initiatives.

Framing the discussion away from the constitutional argument and far from the emotional pitfalls of changing the public education system, we can have a more meaningful discussion. Consider the ultimate prize of the libertarian position and it is simple to come up with a properly framed statement on education:  Hoosiers should decide how to educate their children, not politicians.

That statement reveals the ultimate benefit of the libertarian approach to education and it is easy for the voters to remember. Our opponents could try to agree with the statement, but their votes to fund the Department of Education betray such efforts to mislead the public. At that point we can dive deeper in to the issue and have the discussion on our terms.

Taxation is another topic that causes emotions to run high. When libertarians talk about eliminating income and property taxes some people immediately agree. Others worry that the government would no longer provide “essential services”.

If we tell the voters that every government spent dollar is taxed away from us we frames the taxation discussion in terms of cutting spending – which will end up eliminating taxes – and also helps a candidate pivot to a related topic – like tax abatements.

After setting the stage with our statement on taxation a candidate could make an impact by asking the following question:  Tax payers create government jobs every day, where’s their abatement?  This framing could lead to some more difficult moments for Republican and Democratic candidates.

It is important to keep in mind that we are not throwing away our principles with this approach. The principles and values of our party are what set us apart from Republicans and Democrats. By framing the discussion in a digestible way, we give undecided votes an on-ramp to our way of thinking. We can throw Rothbard and Spooner at them later. For now, it’s more important that potential voters understand the goal of our policies and realize that they are not as bizarre as some might make them out to be.

Ryan Ripley is a 33 year old husband and father of two from Fort Wayne, Indiana. He graduated from Indiana Wesleyan University with a BS in Business Administration. Prior to joining the Libertarian Party Ryan ran for a seat on the Marshall County Council in 2010 and on the Plymouth Common Council in 2011 as a Democrat. During that time he also served as the acting Chairman of the Marshall County Democratic Party. Ryan can be found on Twitter (@ryanripley) and can also be reached at ryan@ryanripley.com

Guest Submissions can be sent to Ruiz@wearelibertarians.com. Please provide links to any sources cited in your submission. Every variety of libertarian thought is welcomed. However, We Are Libertarians will keep up a standard of professionalism and as such will not accept pieces based solely on conspiracy theories and/or  pieces that are overly obscene. We look forward to your contributions!