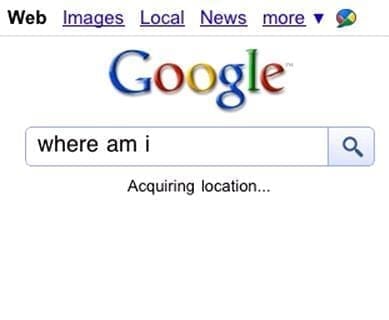 Recently We Are Libertarians went live for call-in questions during their weekly podcast. I hope they will continue live call-ins, perhaps on a monthly basis. Although I disappeared from the political scene due to the lack of public engagement I still monitor certain activist posts. Upon receiving notice of the live WAL broadcast I decided to pose a question. As the exchange progressed I ended up being the one questioned.

The core issue was one which many have pondered, especially given recent Government antics. After reading many posts, searching back to the original articles on such issues as the “Shutdown,”  “Affordable Healthcare Act,” “National Defense Authorization Act,” and several other media (force fed) topics I can now give WAL an answer.

The Question: What will it take to bring awareness to the masses and awaken them to the unauthorized extension of Government “Power” at all levels?

The answer now seems obvious. Follow the lead of Government. Take a page from their often used playbook. Make life as uncomfortable as possible for all elected officials. If this is only e-mailing or calling them once each day and expressing your legitimate objections, then do it. Repeat this over and over again. Keep your contacts short to the point of protecting your Individual Sovereign Rights, and be persistent!

Is this a waste of time? No. If the tactics that government employ are irritating to you it will be equally as irritating to the elected officials. But of course the individual is at a disadvantage not having the constant media support. However, the individual now has the net. Many can share their experiences as well as the comments from their officials, and should do so.

Get the word out about why an official does what they please. Do not embellish or speculate, just pass on their actual statements. Others who are web wise can do video and podcasts. Put your talents to good use (and share)! You may not be the main stream media, but at least for now, you have an unrestrained voice and can vent to the world without the need for Government permission. Use the tools you have while you have them!

Now, compare this tactic to the answer from some “activist” groups who would have you vote these officials out of office. Yes we should all exercise our vote, but when the game is stacked and the candidates who intend to comply with their Oath of Office are few one must realize that the ability to impact the Government must come from outside the halls of “power.” The few officials with integrity must have continued support from the individual masses. If officials do not hear from those who oppose what they are doing they will believe we don’t even exist. After all, if any one of their decisions were such a problem, why is no one complaining? This is the consistent reply that I have received for more than 20 years.
So, to We Are Libertarians: How do we “educate” the public? We don’t. The brainwashed line that Government has the “right” to do whatever it wants for our good has been accepted by the majority. We must lead by example; by doing; by allowing the public to hear and view sovereign action in person. The “education” will be passed on through observance of the fight and what is being fought for.