Lenz: Libertarian Memes As A Weapon 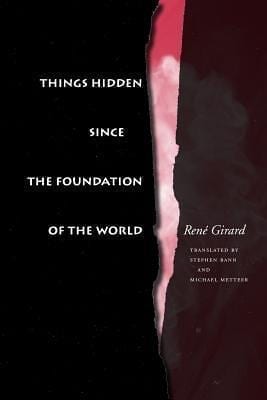 What is a meme? A meme is an idea, behavior, or style that spreads throughout a culture. Therefore a libertarian meme is a behavior we are hoping to spread throughout our communities. The question, obviously, is how to do it?

Billionaire Peter Thiel is as well known for being the cofounder of PayPal and the first outside investor in Facebook as he is for his free thinking. He has previously said that the contemporary French philosopher René Girard has had a tremendous impact on his life.

Girard’s main concept is “mimetic theory,” which states that most of human behavior is based upon imitation.

Upon hearing how strong of an influence Girard had on Thiel, I decided to read “Things Hidden Since The Foundation of The World.” I am not finished with it, but Girard’s mimetic theory seems spot on in my opinion.

I’m convinced nearly all of human behavior is imitation, which takes the form of our pursuit of physical, emotional, and social resources (jobs, money, prestige, power, etc).

The result of individuals pursuing common resources, due to humanity’s trend towards imitation, is conflict. It is not until that conflict threatens the destruction of all involved that a resolution is reached. How is it reached? A scapegoat is identified and action is taken against said scapegoat.

For example, software developers of computer operating systems in the late 1980’s and early 90’s, who were competing for market share against Bill Gates and Windows, pushed for anti-trust action. Google has faced similar threats in Europe.

A geopolitical example would be Hitler’s European acquisition spree during the lead up to World War II. Make no mistake, Hitler’s success was seen as a direct threat to western civilization and global influence from the other actors in that part of the hemisphere. Hitler, the National Socialist Party, and National Socialism and ideology, were a perfect scapegoat for world powers to collectivize against to restore balance.

In foreign policy today, we are seeing it between Russia and the United States/European Union. We are not at a point where all parties are threatened with destruction, but should we get there, who will be the scapegoat that restores the balance of power? Putin, Assad, or an imperial United States? We shall see.

However, what is readily apparent in this process of mimetic behavior where competitors increasingly imitate each other and set forth on a path of conflict, is that eventually the collective decides to unite against the scapegoat out of envy.

If we look at human behavior that way, and assume humans will imitate, unite, vilify, and then impart the will of the collective, it appears that society is highly susceptible to an imitation of contagion. We end up competing for goals without even taking the time to consider whether or not we desire them. For instance, what led us to identifying global military supremacy as something to be desired?

As libertarians, we need to remain conscious of this pattern of human behavior and ask how can we use it to our advantage in spreading libertarian principles?

Should we focus on concentrating small pockets of libertarians in communities?

Do a better job of promoting successful libertarians and role models?

How can we more effectively spread the message that government is our scapegoat and it threatens us all with destruction?

I challenge you to think about how we can successfully apply mimetic theory. Start with the premise that human behavior is imitation, now in what ways can we steer that imitation to a society based around voluntary interaction?

I cannot wait to hear your ideas. Please send them to me: Lenz@WeAreLibertarians.com