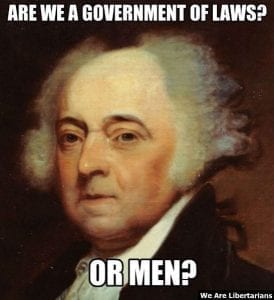 Today, the Supreme Court will hear oral arguments in King v. Burwell, court case that threatens to topple Obamacare. This case has been three years in the making.

Primary Issue of the Case:

Whether the Internal Revenue Service may permissibly promulgate regulations to extend tax-credit subsidies to coverage purchased through exchanges established by the federal government under Section 1321 of the Patient Protection and Affordable Care Act.

David M. King and his fellow plaintiffs want the justices to rule that the Obama administration must abide by the provisions of the law that govern insurance subsidies.

The text of that law, better known as Obamacare, requires that all subsidies must flow through exchanges established by the states. But due to the refusal of 36 states to set up such “marketplaces,” the Obama administration cobbled together federal exchanges in those states through which it is now issuing illegal subsidies.

“Specifically, it is about the separation of powers doctrine. The Constitution grants the power to tax and spend to Congress alone. Yet the executive branch, under the Obama administration, has brazenly arrogated the power to spend with its IRS rule authorizing the distribution of subsidies through federal exchanges.

The original cert petition filed with the Court on behalf of the plaintiffs phrases it as follows: “If the ACA means what it says… the IRS is illegally spending billions of taxpayer dollars every month without congressional authority.” (Source)

King’s position will rely on the legal theory of “Textualism”.

“A law’s ordinary meaning should govern its interpretation, as opposed to inquiries into non-textual sources such as the intention of the legislature in passing the law, the problem it was intended to remedy, or substantive questions of the justice and rectitude of the law.”(Source)

Sylvia Burwell is the United States Secretary of Health and Human Services since 2014.

The administration’s position focuses on the intent of Congress when passing the law and its overall purpose. They’ll argue that lawmakers never intended to limit subsidies only to state-run marketplaces. And they’ll emphasize the subsidies’ crucial role in lowering healthcare costs for some Americans.

The administration’s defense will rely on the legal theory of “Original Intent”.

“Original intent maintains that in interpreting a text, a court should determine what the authors of the text were trying to achieve, and to give effect to what they intended the statute to accomplish, the actual text of the legislation notwithstanding. As in purposivism, tools such as legislative history are often used.” (Source)

The administration’s best option at winning is a doctrine known as the Pennhurst Doctrine which says:

“Congress cannot surprise states by imposing new or unexpected obligations on federal money. If the government wants to attach conditions to such funding, states must receive clear and explicit notice about what, precisely, those conditions are. The name comes from 1981 Supreme Court decision in Pennhurst State School & Hospital v. Halderman.” (Source)

What does it mean for you?

The case’s outcome will affect millions. Recent figures from the Department of Health and Human Services show that 8.8 million Americans have signed up through the HealthCare.gov platform or re-enrolled in previous plans. Of those, more than 80 percent are receiving subsidies to alleviate the cost of premiums.

“The government does not have a backup plan because if the court says that [HealthCare.gov] can’t grant tax credits then it is up to the states to set up exchanges, and the federal government can’t make them do this,” Timothy Jost, a professor at the Washington and Lee University School of Law, says in an email.

Still, not everyone is convinced that no backup plan exists. Several members of Congress last week asked Burwell whether she knew about a 100-page response and contingency plan that reportedly had been circulating within her agency.

Governors, who could opt to create exchanges in their states, have largely said it is up to Congress to handle the potential fallout, and the majority of states that do not have their own exchanges host a Republican in the executive mansion. GOP governors in Louisiana, Mississippi, Nebraska, South Carolina and Wisconsin already have said they will not be creating an exchange.

Republican House Representatives Paul Ryan, Fred Upton, and John Kline have drafted a potential off ramp should the ruling go in favor of King. Read it here.

To follow live updates of the case go to The Scotus Blog.

I believe this case is a litmus test to the words written on January 7, 1775 by Novanglus (Former President John Adams) when he wrote that the United States is:

“A government of laws, and not of men.”

We are about to find out…