Lenz: The Paradox of Liberty 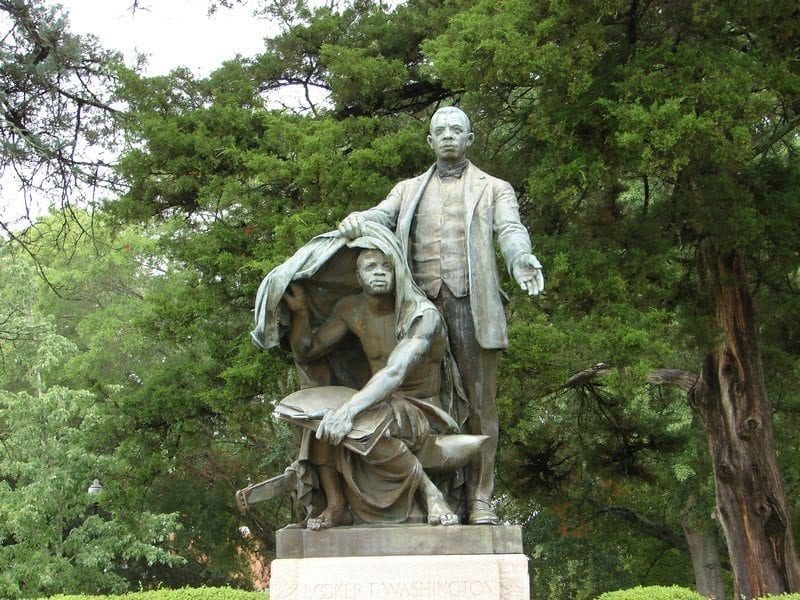 Before we begin examining the paradox of liberty, lets take a moment and perform a thought exercise

I want everyone to stop for a second, close your eyes, and imagine your ideal anarchist or voluntary community.

What do you do for a living?

Where would you live?

Imagine the events that comprise your daily life.

How many people live in this community? Or are you alone?

Imagine this group of individuals congregating for the first time to discuss an important community issue.

Now, imagine you did not know anyone in the group. You did not know what their talents were, how they provided for themselves and/or their family, who they were friends with, or even their gender.

Now imagine you do not know anything about yourself. You do not know your name. Your gender. Your natural abilities. The sound of your own voice or even what you look like. You have no concept of identity.

The only two things you know are that you exist, because you are self-aware, and that there are several animate beings around you.

In this exact moment, how much do you trust these other animate beings? Do you think your body’s natural instincts might take over and induce a fight or flight state? I would wager even the pollyannish amongst us would be ever so slightly suspicious of the others.

Imagine one of the others proposed an alliance with you. He approached and offered a pact stating that he would not bother you, if you did not bother him. You, being highly intelligent but unfortunately unaware of your intelligence, respond back, “How can I be sure you won’t bother me and what sort of remediation will I have if you do?”

The other being says, “Perhaps we should have an independent third party settle disputes and remediation. Would that make you feel more safe?”

Sure enough, the rest of the group overhears your conversation. They also wish to enter into such an agreement.

Open your eyes. What you just imagined was the government formation process. Was it a tyrannical government with the power to tax and coerce? No, but it laid the groundwork for the pathway to such an institution.

Now, revert back to that first community meeting. Imagine you know each individual and their families. You have spent time with them, know what they do for a living, and you even know their likes and dislikes.

Imagine the group is meeting to discuss an urgent matter. Do you feel the need to enter into a formal agreement with these people because you fear for your life or property?

Is there a need for a third party arbiter to handle disputes and remediation? Is there any feeling of fight or flight?

Why is that? What’s the single difference between the two examples?

You are familiar with one group of individuals and unfamiliar with another. Trust is the result of familiarity. When you trust an individual, you don’t feel the need to lay out binding contractual stipulations that govern interactions.

The thought exercise you just went through is a variation of one created by political philosopher Dr. John Rawls known as “The Veil of Ignorance”. While Dr. Rawls’ exercise is traditionally used to examine issues of social justice and equality, I find it extremely useful in understanding the inverse correlation between social capital and the growth of government.

I believe the decline of social capital has caused the rise of the welfare state and big government.

What is social capital?

In the book, “Bowling Alone: The Collapse and Revival of American Community” by Robert Putnam, he defines social capital as the reduction in all the forms of in-person social intercourse upon which Americans used to found, educate, and enrich the fabric of their social lives.

Putnam notes the aggregate loss in membership of many existing civic organizations and points out that the act of individual membership has not migrated to other, succeeding organizations.

To illustrate why the decline in Americans’ membership in social organizations is problematic to democracy, Putnam uses bowling as an example. Although the number of people who bowl has increased in the last 20 years, the number of people who bowl in leagues has decreased. If people bowl alone, they do not participate in social interaction and civic discussions that might occur in a league environment.

Is it any shock that when members of a community interact less frequently, they become less familiar with one another?

Would they trust each other less?

Going back to our thought experiment for a second.

When you didn’t know your fellow community members, did you want more or fewer governing agreements? How about more safety alliances with fellow members?

It is only natural to want more guarantees and agreements when you are unfamiliar with your fellow community members. Like it or not, our instincts take over when we encounter the unfamiliar. This is why I believe that as a society’s social capital declines, the harder it becomes to advance the principles of liberty.

What does this mean for libertarians and other members of the liberty movement?

In my opinion, it means that in order to succeed we must engage our communities. We need to join civic organizations and attend townhalls. We should be having backyard barb-a-ques with as many neighbors as possible and when you’re standing around the grill toss out a question like,

“Ya know, I was asked something interesting the other day and wanted to hear your opinion. A colleague asked me if the United States was legally created when the states ratified the Constitution or by the people. What do you think?”

We need to practice loving our neighbors and becoming active participants in our community because if we don’t, we might as well pack it in and accept the infinite growth of government.

Now I know some of you may be reading this and thinking, “Did he really just say I need to engage the community around me? The very community that uses force against me? Does that mean I have to leave the house and logoff 4chan and Reddit?”

Yes. You have to go out there and show off those legendary social skills that libertarians are so famous for!

It could not be more important. Why? Because it has become clear that a paradox exists within libertarianism. It’s our version of the chicken or the egg problem. A libertarian community will not exist until a certain level of trust amongst the community exists. Therefore, liberty is dependent on the collective.

I imagine a few heads are exploding right now. I can already hear the screams of those who swear on the corpse of Spooner that societal collapse is right around the corner and its only a matter of time before world governments fall and man is free to self-rule… 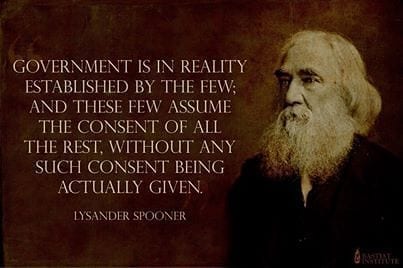 To those individuals I say best of luck. It takes a certain kind of naivete to believe that in the midst of governmental collapse, failing banks, mass unemployment, and no standard currency as a means of exchange, people won’t follow the first leader that comes along and promises to provide for them in exchange for a portion of their newly found freedoms.

The paradox of liberty is unacceptable to Peter Pan and the Lost Boys of Liberty. It is neither pure nor revolutionary. It is a framework for the incremental advancement of liberty by rebuilding trust in communities so that we can attain a society built on the principles of liberty.

I do agree that hypothetically you could have a libertarian group of 1, a one man liberty wolfpack if you will, and build a community by recruiting those who share your values

However,  libertarians have spent enough time in small groups with people like themselves. If we are serious about liberty we have no choice but to start participating in our communities and restore the familiar bonds of trust that will allow for liberty to grow.