Lenz: The Road to Paris 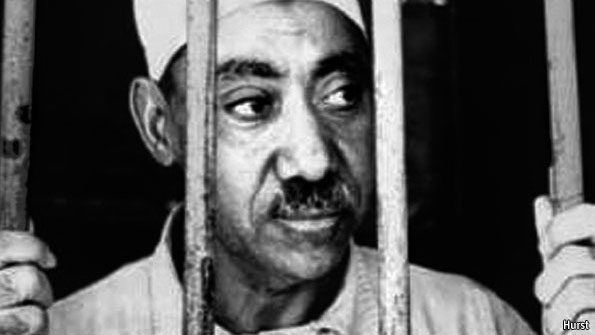 Sayyid Qutb: Born in 1906, Qutb received both a Western and Islamic education, and in the 1930s he became a civil servant in Egypt’s education ministry. Perhaps no other individual is more resposible for re-igniting fundamentalism within Islam. He made his name as a writer, specializing in social and religious issues.

1948: Qutb was sent to Washington at Wilson Teachers College and then moved to Greeley, Colo., home to Colorado State College of Education. He was sent to study the American education system. Qutb viewed America negatively because of its ties with Great Britain, Egypt’s former colonial master, and later because of its support for Israel.

1950: On his return to Egypt, Qutb published “The America that I Have Seen.” He was critical of things he had observed in the United States: its materialism, individual freedoms, economic system, racism, brutal boxing matches, “poor” haircuts, superficiality in conversations and friendships, restrictions on divorce, enthusiasm for sports, lack of artistic feeling, “animal-like” mixing of the sexes, and strong support for the new Israeli state. Qutb offered his own explanation in Ma’alim fi-l-Tariq, arguing that anything non-Islamic was evil and corrupt, while following sharia as a complete system extending into all aspects of life, would bring every kind of benefit to humanity, from personal and social peace, to the “treasures” of the universe.Resigning from the civil service, he joined the Muslim Brotherhood.

Qutb had influence on Islamic insurgent/terror groups in Egypt and elsewhere. His influence on al-Qaeda was felt through his writing, his followers and especially through his brother, Muhammad Qutb, who moved to Saudi Arabia following his release from prison in Egypt and became a professor of Islamic Studies at King Abdulaziz University and edited, published and promoted his brother Sayyid’s work.

One of Muhammad Qutb’s students and later an ardent follower was Ayman Zawahiri, who went on to become a member of the Egyptian Islamic Jihad and is the current leader of Al Qaeda. Zawahiri was first introduced to Qutb by his uncle and maternal family patriarch, Mafouz Azzam, who was very close to Qutb throughout his life. Azzam was Qutb’s student and protege. 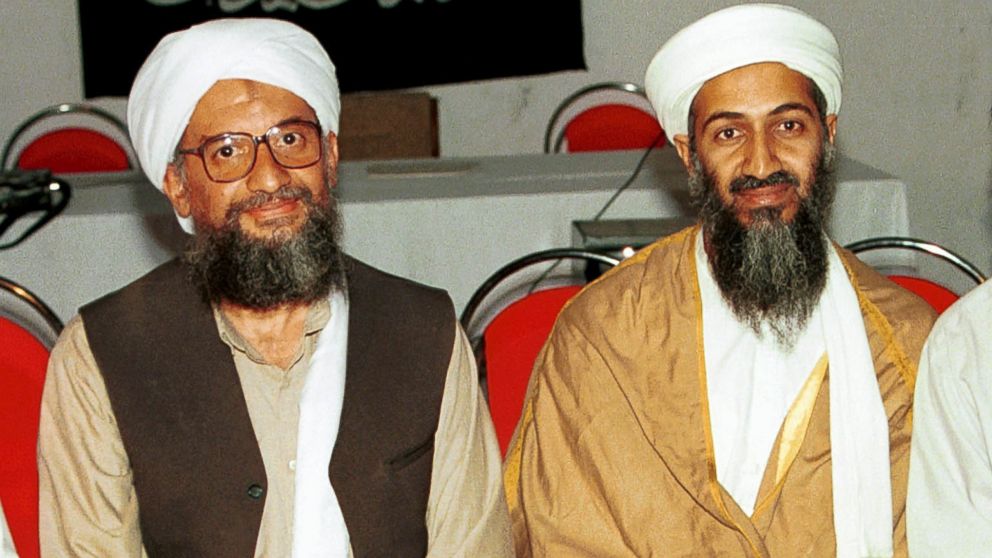 1976: Osama bin Laden begins attending King Abdulaziz University in Jeddah, Saudi Arabia where he meets Zawahiri the two of them become captivated by one of their teachers, Palestinian Abdullah Azzam, also known as The Father of Global Jihad. 1979: Osama bin Laden goes to Afghanistan to help Afghan resistance fighters, known as the mujahedeen, repel the Soviet invasion of the country. Abdullah Azzam founds an organization to provide assistance to the mujahedeen. Bin Laden becomes the chief financier of the organization, which evolves into a group known as al Qaeda (the base). The Arabs assisting the mujahedeen become known as “Arab Afghans.”

1989: After the Soviets pull out of Afghanistan, bin Laden returns to Saudi Arabia to work for the family construction firm. He uses his network to raise funds for veterans of the Afghan war.

August 1990: The Saudi government allows U.S. troops to be stationed in Saudi Arabia following the Iraqi invasion of Kuwait, which leads to the Persian Gulf War. Osama Bin Laden is outraged by the U.S. military presence in Saudi Arabia, considered the cradle of Islam, and begins to write treatises against the Saudi regime

1996: Under pressure from the United States and Saudi Arabia, the Sudanese expel bin Laden from the country. Bin Laden moves with his 10 children and three wives to Afghanistan. Bin Laden declares a jihad, or holy war, against U.S. forces.

1998: Bin Laden declares that Muslims should kill Americans, civilians included, wherever they can find them.

September 11, 2001: A series of four coordinated terrorist attacks by the Islamic terrorist group al-Qaeda on the United States.

March 19, 2003: The US invasion of Iraq which led to the ouster of Saddam Hussein, the former dictator of Iraq.

February 2, 2004: Caliph of the Islamic State, Abu Bakr al-Baghdadi was arrested by US Forces-Iraq near Fallujah and detained at Camp Bucca detention center under his name Ibrahim Awad Ibrahim al-Badry as a “civilian internee” until December 2004, when he was recommended for release by a Combined Review and Release Board.

*A number of newspapers and cable news channels have instead stated that al-Baghdadi was interned from 2005 to 2009. These reports originate from an interview with the former commander of Camp Bucca, Colonel Kenneth King, and are not substantiated by Department of Defense records. Al-Baghdadi was imprisoned at Camp Bucca along with other future leaders of the Islamic State.

January 2005: First elections since the invasion took place and in October 2004 a new Constitution was approved which was followed by parliamentary elections in December

2006: al-Baghdadi joined the Mujahideen Shura Council (MSC), in which he served as a member of the MSC’s sharia committee. Following the renaming of the MSC as the Islamic State of Iraq (ISI), also known as al-Qaeda in Iraq (AQI), was the Iraqi division of al-Qaeda. Al-Baghdadi became the general supervisor of the ISI’s sharia committee and a member of the group’s senior consultative council.

2008: The Iraqi government signed the US–Iraq Status of Forces Agreement which required US forces to withdraw from Iraqi cities by 30 June 2009 and to withdraw completely out of Iraq by 31 December 2011.

June 2009: US troops handed over security duties to Iraqi forces, though they continued to work with Iraqi forces after the pullout. On the morning December 18. 2011, the final contingent of US troops to be withdrawn ceremonially exited over the border to Kuwait.

May 16, 2010: al-Baghdadi becomes the head of Islamic State of Iraq (ISI) following the death of his predecessor Abu Omar al-Baghdadi. 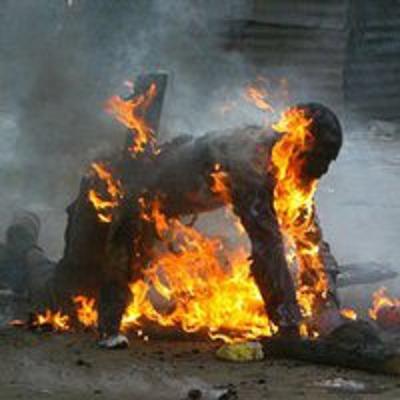 December 18, 2010: A Tunisian cart vendor lit himself on fire in protest of government corruption which made it nearly impossible to provide for himself and his family. This moment is credited with sparking the “Arab Spring”.

January 2011: The Tunisian Revolution spreads throughout the countries of the Arab League. By the end of February 2012, rulers had been forced from power in Tunisia, Egypt, Libya, and Yemen; civil uprisings had erupted in Bahrain and Syria; major protests had broken out in Algeria, Iraq, Jordan, Kuwait, Morocco, and Sudan; and minor protests had occurred in Mauritania, Oman, Saudi Arabia, Djibouti, Western Sahara, and Palestine. Weapons and Tuareg fighters returning from the Libyan Civil War stoked a simmering conflict in Mali which has been described as “fallout” from the Arab Spring in North Africa.

January 26, 2011: the Arab Spring protests spread to Syria when a police officer assaulted a man in public at “Al-Hareeka Street” in old Damascus. The man was arrested right after the assault. As a result, protesters called for the freedom of the arrested man. Soon a “day of rage” was set for February 4.

March 15, 2011: Thousands of protesters gathered in Damascus, Aleppo, al-Hasakah, Daraa, Deir ez-Zor, and Hama on 15 March, with recently released politician Suhair Atassi becoming an unofficial spokesperson for the “Syrian revolution”. The next day there were reports of approximately 3000 arrests. 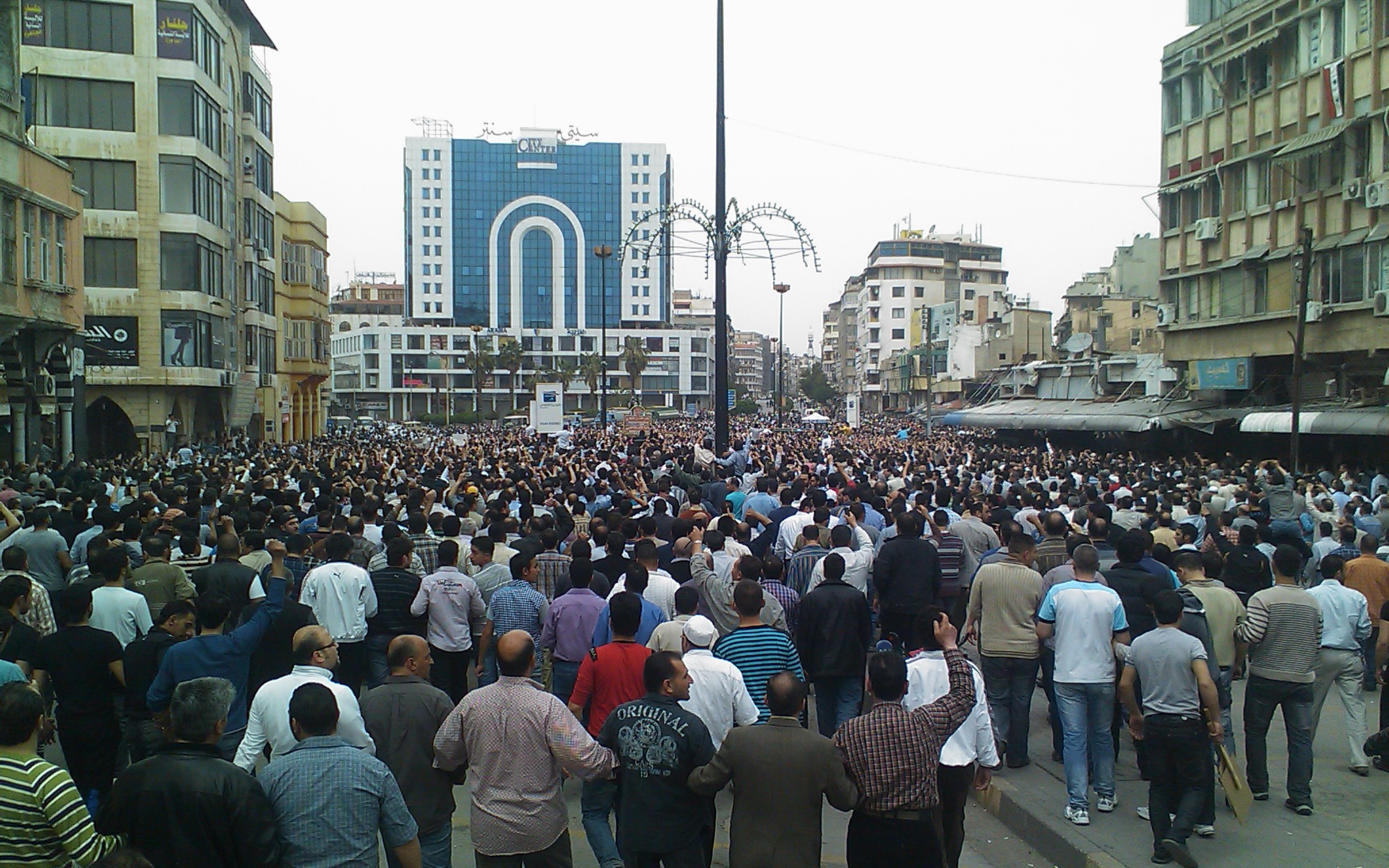 April 18, 2011: approximately 100,000 protesters sat in the central Square of Homs calling for the resignation of President Bashar al-Assad. Protests continued through July 2011, the government responding with harsh security clampdowns and military operations in several districts, especially in the north.

July 31, 2011: Syrian Civil War begins as army tanks stormed several cities, including Hama, Deir Ez-Zour, Abu Kamal, and Herak near Daraa. At least 136 people were killed, the highest death toll in any day since the start of the uprising.

February 2011: the Arab Spring protests spread to Iraq; but the initial protests did not topple the government. The Iraqi National Movement, reportedly representing the majority of Iraqi Sunnis, boycotted Parliament for several weeks in late 2011 and early 2012, claiming that the Shiite-dominated government was striving to sideline Sunnis.

January 2014: When announcing the formation of ISIL, al-Baghdadi stated that the Syrian Civil War jihadist faction, Jabhat al-Nusra—also known as al-Nusra Front—had been an extension of the ISI in Syria and was now to be merged with ISIL. The leader of Jabhat al-Nusra, Abu Mohammad al-Julani, disputed this merging of the two groups and appealed to al-Qaeda emir Ayman al-Zawahiri, who issued a statement that ISIL should be abolished and that al-Baghdadi should confine his group’s activities to Iraq. Al-Baghdadi, however, dismissed al-Zawahiri’s ruling and took control of a reported 80% of Jabhat al-Nusra’s foreign fighters. ISIL expelled Jabhat al-Nusra from the Syrian city of Ar-Raqqah, and in the same month clashes between the two in Syria’s Deir ez-Zor Governorate killed hundreds of fighters and displaced tens of thousands of civilians. 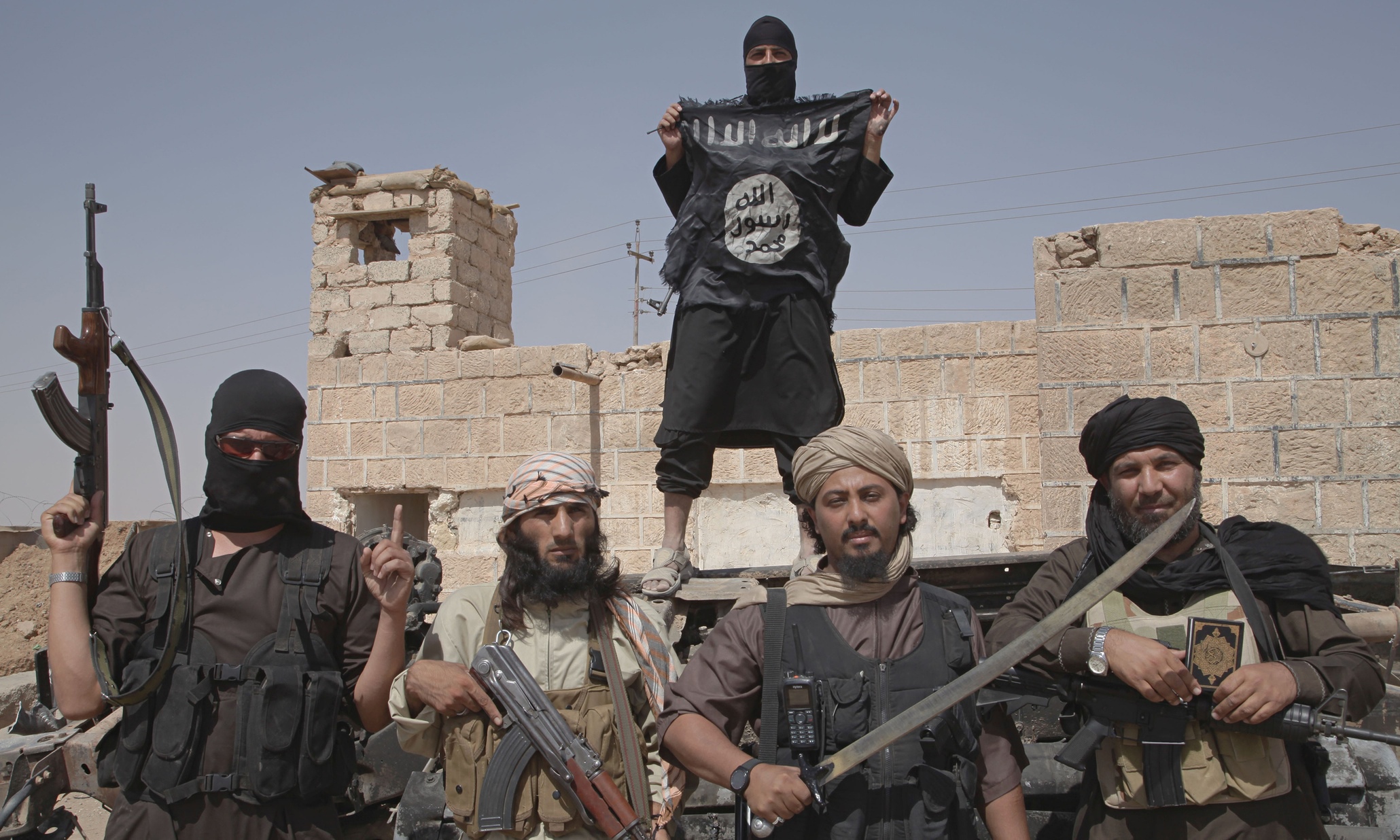 March 2014: Sunni Arabs protest against the Iraqi government who they claimed marginalized them. Sunni militant groups stepped up attacks targeting the Iraq’s Shia population in an attempt to undermine confidence in the Nouri al-Maliki-led government. Sunni insurgents belonging to the Islamic State of Iraq and the Levant (ISIL) terrorist group seized control of large swathes of land including several major Iraqi cities, like Tikrit, Fallujah and Mosul. January 7, 2015: Mass shooting at the satirical magazine Charlie Hebdo office in Paris, carried out by Saïd and Chérif Kouachi, two Islamist gunmen who identified themselves as belonging to Al-Qaeda in Yemen.[1] During this period, a third Islamist gunmen and close friend of the Kouachi brothers, Amedy Coulibaly was responsible for two shootings and an hostage taking at a Hypercacher kosher market. He said he synchronized his attacks with the Kouachi brothers. Coulibaly had pledged allegiance to the Islamic State.

June 26, 2015: Saint-Quentin-Fallavier attack. An Islamist delivery driver probably linked to ISIS decapitated a man and rammed a company van into gas cylinders at the Air Products gas factory in an attempt to blow up the building.

August 21, 2015: 2015 Thalys train attack. An attempted mass shooting occurred on a train traveling from Amsterdam to Paris. Four people were injured, including the assailant who was subdued by other passengers. “We are striking Daesh in Syria because this terrorist organization prepares and organizes attacks in France from Syria, from these sanctuaries,” Mr. Valls said. “We are therefore acting in self-defense, which Article 51 of the United Nations Charter permits us to do.”

The French government shifted its position in the face of fears that the Islamic State is recruiting disaffected youths in France and sending or coordinating with European fighters back home to stage attacks. The flow of Syrian refugees arriving in Europe has also apparently pushed the French government to be more active in the conflict. November 13-14, 2015: The single deadliest terrorist attack in French history. Multiple shooting and grenade attacks occurred on a Friday night; among the locations targeted were a music venue, sports stadium and an ethnic restaurant. Dozens killed during a siege at an Eagles of Death Metal concert inside the Bataclan. French president François Hollande evacuated from a football match between France and world champions Germany at the Stade de France, slated venue for the UEFA Euro 2016 Final, after suicide bombers struck.