Lenz: A Night At The Middlebury, When The Snowflakes Become A Blizzard 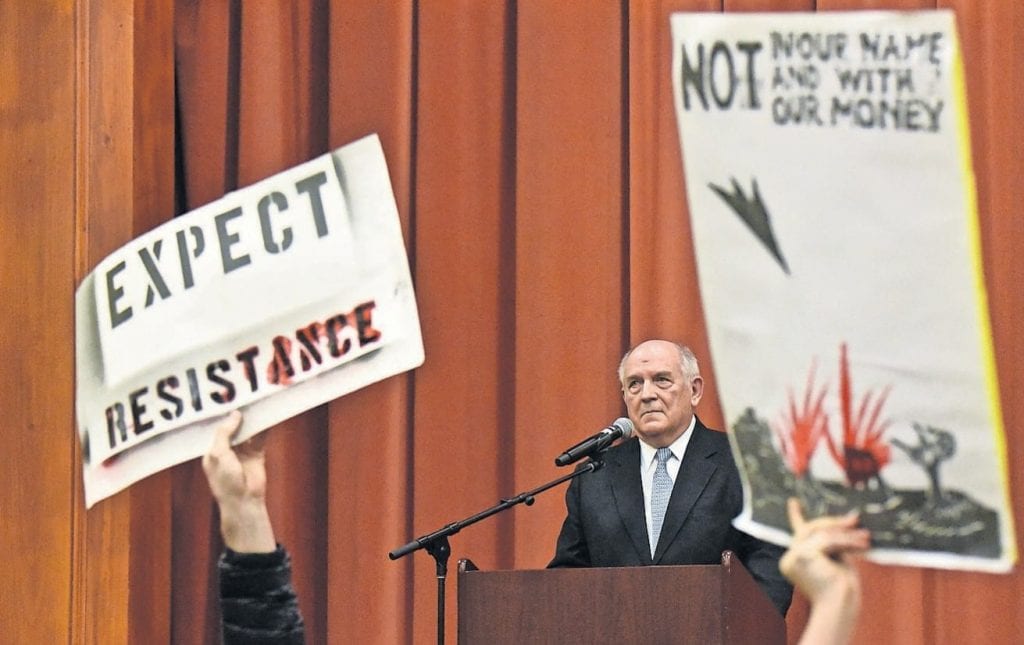 There is an old story told about Henry Ford, founder of the Ford Motor Company, that could not be more relevant than at this moment in American society. When unveiling the Model T for the first time to the public, a reporter covering the unveiling is said to have asked, “Will it be available in different colors?”

To which Ford offered a tongue-in-cheek reply, “Of course. You can have any color you want…as long as it is black.”

One cannot help but think that if Mr. Ford were a millennial college student today, tasked with leading a social justice or liberal organization at a prominent liberal arts college, he would echo a similar response when asked, “Does your organization tolerate diversity opinion?”

“Of course. You can have any opinion you want…as long as it is ours.”

Such is the sad state of allowable opinion within the American Left. A truth which was more than evident after observing the act of hostility conducted by protesters at Middlebury College in response to Dr. Charles Murray’s invitation to speak by a campus student organization.

The protester’s totalitarian response to his invitation to deliver a lecture on his 2014 book “Coming Apart: The State of White America, 1960-2010.” and participate in a post lecture question and answer discussion was a perfect illustration of the Left’s complete disregard for diversity of thought, its exchange, or any sense of self-awareness about their hypocritical abandonment of “beloved principles”. 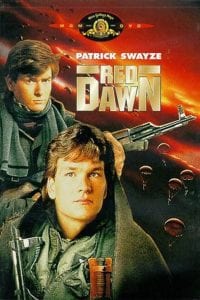 Not to victim blame, but assuming these militant Soviet-style social justice warriors who are currently carrying out their own version of a cultural Red Dawn on American college campuses, would ever support a forum for the free exchange of ideas is so patently absurd, the burden of blame clearly lies on those who extended Mr. Murray’s invitation.

After all snowflakes, when exposed to anything other than the perfect weather conditions their existence depends upon, melt into a flood of tears most closely resembling those of the “literally shaking” protesters at Middlebury College.

Now, to the average American citizen, the type of outrage Dr. Murray’s invitation incited would seem more fitting for that of the Grand Dragon of the Klu Klux Klan, rather than an individual with the impeccable credentials he holds. For reference, please see the brief biography and summary of “controversial positions” below:

How is that for a resume enhancer? Good luck explaining to an employer your inclusion on the Southern Poverty Law Center’s list of racists…

Now classifications aside, when was the last time David Duke (former imperial wizard of the Klu Klux Klan) called for a radical new approach to social policy eliminating all welfare transfer programs at the federal, state, and local levels and substituting an annual $10,000 cash grant to everyone age twenty-one or older, such as the one Murray suggested in his book “In Our Hands: A Plan To Replace the Welfare State”?

In Our Hands describes the financial feasibility of the Plan and its effects on retirement, health care, poverty, marriage and family, work, neighborhoods and civil society. Indiscriminately giving income assistance to the poor regardless of ethnicity? Sounds pretty racist…

In many ways, it is perhaps a good thing that the left-wing protesters did everything possible to prevent an open an honest dialogue from occurring. The American Left has always hypocritically proclaimed their love for freedom of speech, as well as their condemnation of the use of physical violence.

Yet when presented with the opportunity to demonstrate their commitment to those principles, they employed every possibly tactic to prevent Dr. Murray from exercising his constitutionally granted right to freedom of speech. Luckily, the administration of Middlebury College took every precaution necessary to counteract the will of the snowflakes, and after roughly thirty minutes of audience disruption by the protesters, Dr. Murray was taken to a private room to deliver his lecture and participate in a discussion over a closed circuit feed.

The post lecture question and answer session was led by Middlebury faculty member, and vocal critic of Dr. Murray, Dr. Allison Stanger. Prior to she and Dr. Murray’s necessary relocation to a private room, she tried to address the angry mob of intellectually stunted liberals, but even after voicing her support of their criticisms, the sobbing snowflakes refused to budge.

As if silencing opposition opinion were not vindication enough for those of us that have maintained the left are totalitarians in victims clothes, their decision to resort to physical violence once the event ended, serves as a delicious icing on the cake of leftist exposure.

While exiting the venue Dr. Murray, Dr. Stanger, and another Middlebury College official were mobbed as they tried to escape to a vehicle designated to take them to a private dinner on campus, unsurprisingly, that dinner had to be relocated to an off campus venue several miles away. In the midst of the storm, the protesters tried to grab Dr. Murray but missed an inadvertently grabbed Dr. Stanger by the head from outside the car twisting her neck and causing her to need a neck brace the following day.

Middlebury College’s President condemned the despicable acts of the protesters and publicly shamed them for their hypocrisy in a statement the following day. Dr. Charles Murray, instead of demanding an apology, requiring Middlebury offer a set of reforms to prevent future attacks on guest speakers, and threatening a lawsuit, acted in a fashion exemplifying the type of classy individual he is.

His blog post on the American Enterprise Institute’s website, summarizing the night’s events and adding some thoughts about its sociological and cultural implications on college campuses going forward, is indicative of the toleration which no longer exists on the American Left. Alas, it appears toleration will continue to make its home, as always, on the American Right.

While physical harm and the suppression of speech is never something to be celebrated, there are few things more sweet than the vindication which accompanied America’s introduction to campus snowflake culture and the revelation of the totalitarian face which has always been hiding underneath the Left’s mask of toleration. The events at Middlebury College were America’s first taste of the violent blizzards in its future, at the hands of Stalinist snowflakes who become violently outraged at the existence of diversity of thought.

Lucky for us, the awaiting blizzard of snowflakes will pass just like any other storm…