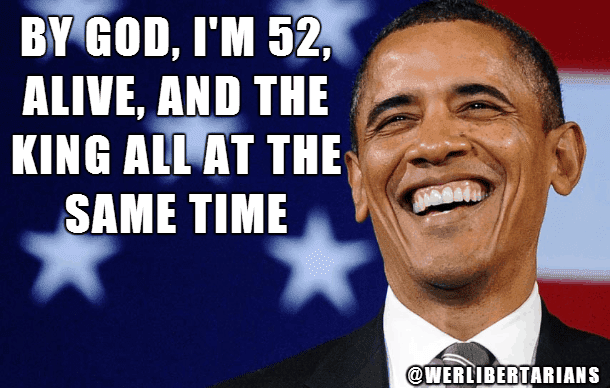 “But, as has been said by kings and queens, I am not a lesser observer”

To the lesser observer it may appear that President Obama has the ability to rewrite legislation whenever he so chooses. However, I am not a lesser observer.

Here are the facts:

3) Article I. Section I. of the US Constitution grants Congress legislative power. (See below)

Section. 1. All legislative Powers herein granted shall be vested in a Congress of the United States, which shall consist of a Senate and House of Representatives.

4) Article I. Section 7. delineates how legislation becomes the law of the land.

– First, the president can sign the bill into law.

– Second, the president can veto the legislation by sending the bill back to Congress unsigned and with a written statement of his objections.

– Third, the president can choose not to act at all on the bill (i.e., simply decline to sign it), which can have one of two effects depending on the circumstances. If Congress is in session the bill automatically becomes law, without the president’s signature, after 10 days. If, however, Congress is adjourned during that 10 day period, the bill fails to become law in a procedural device known as the “pocket veto.”

4) I also learned in elementary school that the President of the United States was in charge of enforcing laws, but not writing them. All he can do is present to Congress which issues he deems important and ask that they craft legislation to deal with such issues.

See article 2 of the Constitution.

The President shall be Commander in Chief of the Army and Navy of the United States, and of the Militia of the several States, when called into the actual Service of the United States; he may require the Opinion, in writing, of the principal Officer in each of the executive Departments, upon any Subject relating to the Duties of their respective Offices, and he shall have Power to grant Reprieves and Pardons for Offences against the United States, except in Cases of Impeachment.

The President shall have Power to fill up all Vacancies that may happen during the Recess of the Senate, by granting Commissions which shall expire at the End of their next Session.

He shall from time to time give to the Congress Information of the State of the Union, and recommend to their Consideration such Measures as he shall judge necessary and expedient; he may, on extraordinary Occasions, convene both Houses, or either of them, and in Case of Disagreement between them, with Respect to the Time of Adjournment, he may adjourn them to such Time as he shall think proper; he shall receive Ambassadors and other public Ministers; he shall take Care that the Laws be faithfully executed, and shall Commission all the Officers of the United States.

See anywhere in there that says he has the power to do what he’s done and is doing?

– He “allowed” insurance companies to continue to sell policies that do not meet the minimum coverage guidelines of the health care act.

– He moved back deadlines.

So…when exactly did he gain the power to change laws without legislation from Congress?

Greg Sargent at the Washington Post asked the administration exactly that question. Here was their response:

“The Supreme Court held more than 25 years ago that agencies charged with administering statues have inherent authority to exercise discretion to ensure that their statutes are enforced in a manner that achieves statutory goals and are consistent with other administrative policies. Agencies may exercise this discretion in appropriate circumstances, including when implementing new or different regulatory regimes, and to ensure that transitional periods do not result in undue hardship.”

The executive branch does have some leeway to the extent that a law will be enforced and also to the timing of said enforcement, but flat out suspension for a year? Can you imagine if the shoe were on the other foot and a Republican President had decided to suspend Medicaid for a year? Democrats would want to bring back guillotines.

What the President is doing is flat out UNCONSTITUTIONAL. Period.

We should demand an impeachment trial. If this moves forward unchecked, and it becomes a precedent for future Presidents, the United States will change from a constitutional democracy into an eight year revolving dictatorship.

Is anybody even listening??????