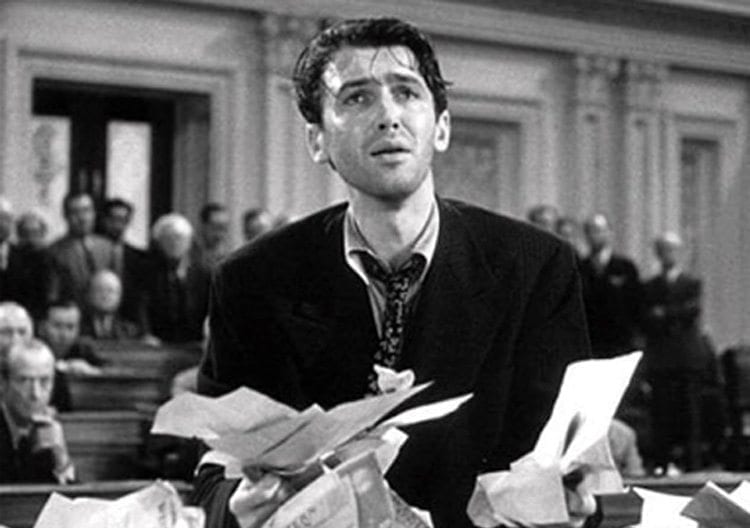 In a stunning act of humility, last night’s Academy Awards proved to be an exceptionally well-timed acknowledgment of, and apology for, Hollywood’s estrangement from middle America.

It was plainly evident the ceremony ‘s producers were intent on appealing to those of us in the flyover states. Decisions such as picking Jimmy Kimmel, shocking a Hollywood tour group by walking them into the live ceremony with A-listers readily available for selfies, finally honoring Back to The Future, dropping Mike & Ike’s and Lemonheads from the ceiling for the audience to enjoy, and heck, even having Jimmy Kimmel hold up the little Indian kid while the orchestra played The Lion King’s “Circle of Life”, made me think the Academy actually cared whether I watched the awards or not. In my opinion, last night’s show was the most enjoyable and culturally relevant in years.

It was nice to be able to watch the Academy Awards without the nagging feeling that, regardless of effort, I am simply unable to fully appreciate the night’s artistry and formalities without a Masters in Fine Arts & Filmography from Brown.

Many factors are responsible for America’a declining theater attendance. However, I can’t help but think the current estrangement between red states and Hollywood has driven a large chunk of theater attendees away because the narratives and themes of today’s films are of little interest and relevance to the lives of middle America.

I genuinely hope tonight is the first step toward reacquaintance. I have always believed Tinseltown is America’s most “American” city…that is up until the last few years.

It is the city of wildest of dreams in a country of wild dreamers. Hollywood is a truly unique place where talent, an appetite for adventure, and unlimited imagination, rather than pedigree or connections, determine whether or not someone can actualize their dreams. A person’s ability is all that matters, not their background.

Perhaps only in Hollywood can one leap from obscurity to the pinnacle of A-list high society in just a matter of months. Aaron Sorkin, creator of the West Wing, wrote the play “A Few Good Men” on cocktail napkins while tending bar and taking tickets at an off Broadway theater in New York City prior to fame.

Had you told him that in a little over two years after completing his literal “back of a napkin” masterpiece, he would be hired to adapt his critically-acclaimed Broadway play into a screenplay, he’d have laughed at you like a crazy person.

Had you told him his adapted screenplay would star Jack Nicholson, Tom Cruise, Kevin Bacon, and Demi Moore as the actors tasked with delivering the very words, iconic words like, “You can’t handle the truth!”, he was currently scribbling on a cocktail napkin, he would have had you committed.

Yet, that’s what makes Hollywood so magical and so “American”. Sorkin’s rise from full time broke bartender/cocktail napkin playwright to rockstar screenwriter of the Best Picture winning: “A Few Good Men”, is the epitome of the American Dream.

His story the very proof every wild-eyed irrational dreamer points to as justification for chasing their pot of gold. Even in times when it seems as if the world is telling them not to. While Sorkin’s words will forever be a part of American history, his success is the very fuel of America’s unique “Dare to Dream” spirit.

Somewhere along the line Hollywood stopped dreaming, and when it did, it stopped captivating the minds of audiences. Slowly but surely, they quit telling tales about heroes overcoming unimaginable adversity. They stopped producing films that challenged audiences to aspire to honor, principle, and virtue.

No, instead they began tearing down heroes through the application of loosely based creative license. Rather than seeking inspire, Hollywood began its quest “correct the record” about the previously unadmitted flaws of societally-shared American heroes. Their intense desire to present these individuals as “more historically accurate”, is largely responsible for the current amount of alienation between America’s red and blue states.

Hollywood created our cultural heroes. They imagined them into existence and yet now, they seem Hell bent on turning any heroic figure into a dark and brooding, morally-conflicted, fallen idol who bears responsibility for American sins against social justice.

Is it any surprise audiences stopped coming back for more after expecting to leave the theater with lifted spirits and hopes, but instead exited with the dark cloud of Hollywood’s intentionally induced guilt?

I genuinely hope tonight’s acknowledgment by Hollywood is a sign they are getting out of the business of forcing paying audiences to confront and atone for their sins. It’s time they go back to making films about the heroic figures and principles we aspire to, rather than false idols with sins we are asked to atone for.

America needs the re-emergence of its city of dreams now more than ever. If only because this country is in desperate need of a mental health break. We need an escape from the vitriol and something that challenges us in a way that shifts our focus away from who is to blame for how things are, and toward how we wish them to be. America needs the kind of dream only Hollywood is capable conjuring up.

A dream that might allow us, if only for the briefest of moments, to collectively rediscover that our individual dreams and hopes for the the future are much closer than even the most creative minds in Hollywood could have imagined.