Lenz: He Shall From Time To Time

Last night President Obama delivered the State of the Union. After watching his address I felt the President’s address was optimistic, obstinate, and purposely omitting any reforms to the major crises we face. I will give the President credit where credit is due. His address was optimistic in tone. He stuck to positive themes and didn’t go around assigning blame. It was the most mature speech I’ve seen him deliver since his 2008 campaign. He’s at his best when he speaks about his vision for America.

However, his policy proposals were a replay of his former State of the Unions. He continues to show an obstinate approach in pursuing legislation.

Lastly, he failed to address any of the major problems facing the United States. His speech failed to address the national debt, entitlement reform, or the unconstitutional abuses his administration has carried out. His address was an exercise in “guilt by omission”.

After listening to the pundits analyze his address for an hour or so, I started to think about what I wish he had said versus what he actually said.

What he actually said, “America does not stand still – and neither will I.  So wherever and whenever I can take steps without legislation to expand opportunity for more American families, that’s what I’m going to do.” 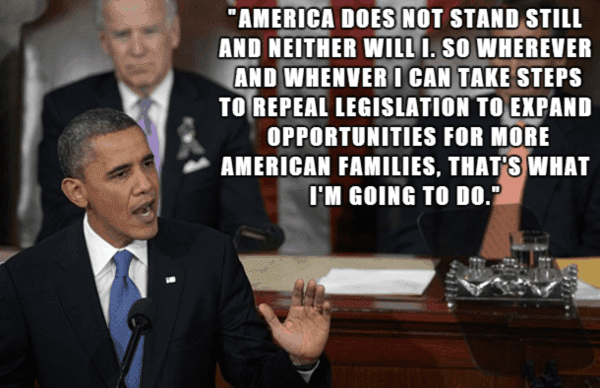 What he actually said, “Both Democrats and Republicans have argued that our tax code is riddled with wasteful, complicated loopholes that punish businesses investing here, and reward companies that keep profits abroad.  Let’s flip that equation.  Let’s work together to close those loopholes, end those incentives to ship jobs overseas, and lower tax rates for businesses that create jobs here at home.” 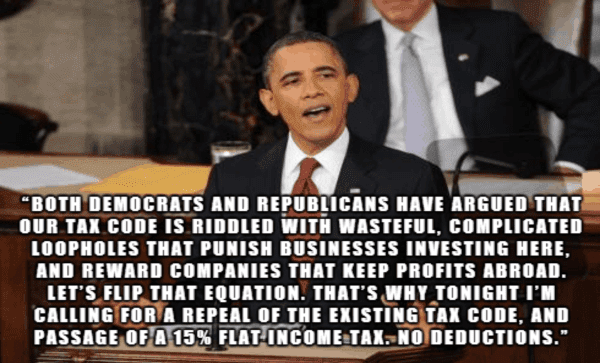 What he actually said, “We know that the nation that goes all-in on innovation today will own the global economy tomorrow.  This is an edge America cannot surrender.  Federally-funded research helped lead to the ideas and inventions behind Google and smartphones.  That’s why Congress should undo the damage done by last year’s cuts to basic research so we can unleash the next great American discovery.” 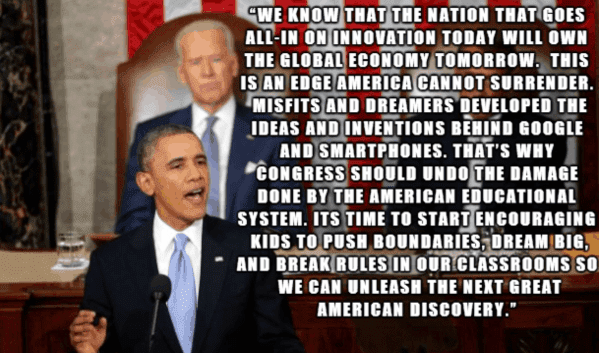 What he actually said, “Tomorrow, I will direct the Treasury to create a new way for working Americans to start their own retirement savings: MyRA. It’s a new savings bond that encourages folks to build a nest egg.  MyRA guarantees a decent return with no risk of losing what you put in.” 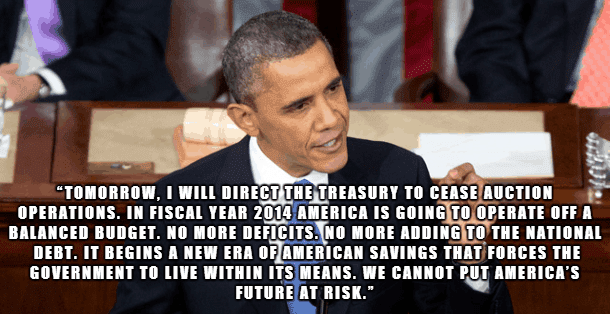 What he actually said, “One last point on financial security.  For decades, few things exposed hard-working families to economic hardship more than a broken health care system.  And in case you haven’t heard, we’re in the process of fixing that.”

In addition to his tone, I was impressed he spent so much time praising individuals. Here’s a list of times he praised an individual:

Today in America, a teacher spent extra time with a student who needed it, and did her part to lift America’s graduation rate to its highest level in more than three decades.

An entrepreneur flipped on the lights in her tech start up, and did her part to add to the more than eight million new jobs our businesses have created over the past four years.

An autoworker fine-tuned some of the best, most fuel-efficient cars in the world, and did his part to help America wean itself off foreign oil.

A farmer prepared for the spring after the strongest five-year stretch of farm exports in our history.  A rural doctor gave a young child the first prescription to treat asthma that his mother could afford.  A man took the bus home from the graveyard shift, bone-tired but dreaming big dreams for his son…..

(continued) The point is, there are millions of Americans outside Washington who are tired of stale political arguments, and are moving this country forward.  They believe, and I believe, that here in America, our success should depend not on accident of birth, but the strength of our work ethic and the scope of our dreams.  That’s what drew our forebears here.  It’s how the daughter of a factory worker is CEO of America’s largest automaker; how the son of a barkeeper is Speaker of the House; how the son of a single mom can be President of the greatest nation on Earth.

The actions of individuals are what move society forward. Too often the actions of individuals are measured collectively out of convenience. Historians and social scientists often forget that just because they use groups of people as their standard unit of social analysis, it does not mean it is an accurate way to measure. One of libertarianism’s central tenets is that the individual is the unit of social analysis.

A country’s greatness has nothing to do with government policies or opportunities. It has everything to do with each citizen’s willingness to throw caution to the wind and take risks. The President’s address was empowering to all libertarians. Not only did the President invoke one of our philosophy’s central tenets, he also reminded us that individuals create, shape, and protect America. Our collective greatness is merely a distant reflection of the number of irrational risk takers we’re lucky to have. America’s greatest entrepreneur once said,

“Everything around you that you call life was made up by people that were no smarter than you, and you can change it, you can influence it, you can build your own things that other people can use.”-Steve Jobs

He was right. The world is ours for the taking. Lets go build it.