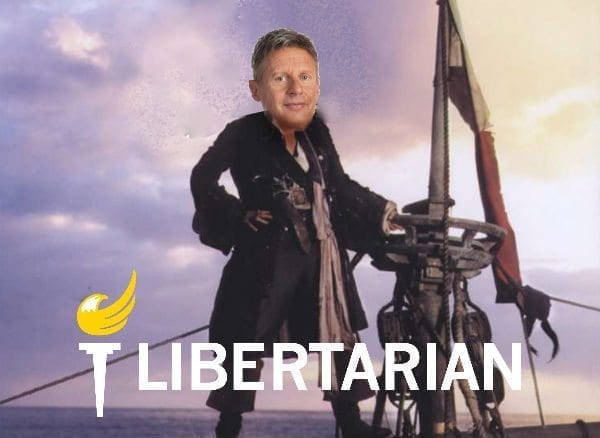 There is perhaps no greater societal paradox than the widespread adoption of cynicism among the American electorate.

What an incredible era of scientific, technological, and medical breakthroughs we have the privilege of living in.

With the slightest touch on a glass screen, the majority of us are a gesture away from accessing all of the world’s knowledge, and yet for most, such a miraculous feat goes both unacknowledged and unappreciated.

Why is that? Why is it that in a world where the unlimited access to knowledge and march toward the eradication of terminal illnesses from yesteryear, we somehow grow more cynical and less optimistic?

What does it say about the human race that as we have progressed towards a shared dream of controlling our fate, the societal byproduct has been a mindset of diminished expectations?

The answer to these questions all stem from a common culprit:

The diminished expectation one adopts in a vacuum of leadership devoid of any aspirational vision and learned after years of witnessing the inability of our existing institutions in administering the most basic functions of a society built upon the rule of law.

Our cynicism, despite living in an era of endless possibility, is entirely justified. In fact, it is prudent.

Each of us are bound by the technology of our time, yet what fosters our societal cynicism is not a disappointment over fusion technology.

No, we are cynical because we know the eradication of poverty, sickness, and endless war are perpetually out of reach due to the chains of our institutions and the political masters who drive them.

We are not forever bound by the political and governing institutions of our time. A federal democratic republic like the United States was once a technological breakthrough as a system of governance. Just as political parties were a breakthrough for accomplishing reform via the democratic process.

So why is it that we encumber ourselves and our future with the government and political institutions incapable of addressing the problems we all face?

Why do we so bitterly cling to these relics?

The answer to that question can be found in hollow abyss of American political leadership.

For instance, the Democrat Party has the semblance of a framework for administering solutions the American electorate have asked to be addressed, but their answer is always the same: More government.

Somehow, they seem poised to nominate the one candidate, Hillary Clinton, seemingly unable to articulate their one size fits all approach in a palatable manner.

At least Bernie Sanders has a message that is consistent with their platform:

“If we just find these mythically virtuous and omnipotent bureaucrats to administer a larger government apparatus, a brighter future is right around the corner.”

Unfortunately, the Democrats repeatedly fail to recognize their solution is more often than not, the original cause.

The GOP, in nominating Donald Trump, has shown a tireless commitment in looking to the past in order to solve the problems of both the present and future. Regardless of one’s thoughts about “Making America Great Again”, the truth is Trump is the only one whose message can be interpreted as a plan of action towards a future (Back to The Future if you will).

While his message may be a nostalgic call for days gone by, one can hardly blame a voter for considering it when the other party’s candidates seem content laying out a vision for the future built entirely upon snarky responses to the crude antics of Donald Trump.

What we are witnessing right now is an inflection point in American political history.

The electorate is pleading for an alternative with a vision for the future they know lies within grasp. The two major parties are facing a crisis point where the governing frameworks they employ, have proven inept in offering politically achievable solutions.

The presumptive nominees of the two major parties appear so unappealing, were they articles of clothing, you would find them lying side by side on the clearance table at J.C. Penney the day after a Black Friday sale. Utterly picked over and destined for liquidation.

In the world as described above, where should the American voter look for innovative solutions capable of navigating a political environment bogged down by seemingly endless gridlock?

Who will quench the thirst of an electorate so desperate for leadership, they are willing to climb toward a mirage and drink the sand?

Will someone rise out of the hollow abyss of American political leadership with an optimistic vision for the future and confidence inspiring message?

The time is now.

The stage is set and you have every possible advantage for a third party candidate. Will you rise to the occasion and seize the torch?

Libertarianism sits on the precipice of an inflection point. It is an idea whose time has come. We are all behind you. Show us where to go.