Lenz: How Could Trump Create Global Free and Fair Trade? 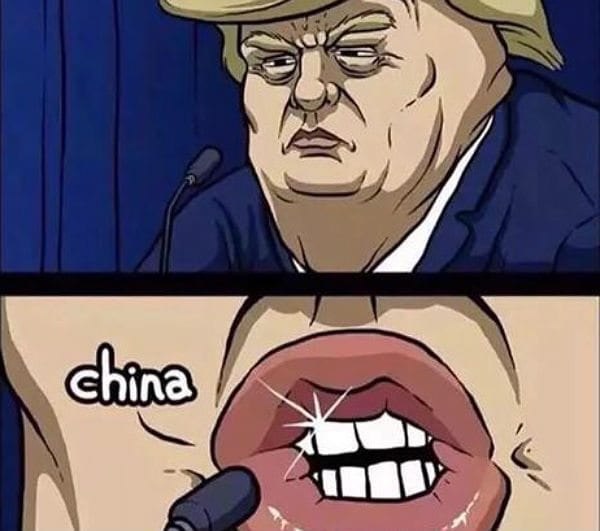 Why is it such a big deal that President-elect Trump took a congratulatory phone call from the President of Taiwan?

Since 1978, the U.S. has followed a single China policy where Taiwan, rather than being formally recognized as a sovereign country, is considered a rogue Chinese province.

I think what Trump’s doing by taking the congratulatory call from Taiwan’s President and inviting President Duerte of the Philippines to the White House.

There are basically 3 world alliances:

China, in the short run, has forged an energy alliance with Russia in order to continue fueling its growth in order to attempt its plan of rebuilding the Silk Road by controlling trade routes. Most importantly, in the South China Sea and Africa. In the long run, China won’t be dependent on Russian oil, and will do the same thing they’ve done to the U.S. through a trade policy of taxing imports and subsidizing key industries that compete with Russian competitors in order to artificially lower the cost in a global marketplace.

The China-Russian alliance appears to be a short one in historical terms because for quite some time, the Chinese have been investing in oil rich African countries. Russian President Vladmir Putin, despite his authoritarian flaws, is very smart and an adept strategic planner. It would be highly unlikely he is not aware of the dwindling leverage he has in trade relations with China.

Trump, by accepting the call of the Taiwan President,  put a thumb in the eye to the Chinese and made a strategic move. One that can be ambiguously perceived as either naive, or a sign that he gravely serious on forcing China to renegotiate a trade agreement with the U.S.

However, inviting President Duerte to the White House is less ambiguous. The Philippines is crucial to China’s long term plans of controlling sea trade, and lucky for the United States, they are battling radical Islam and rampant drug issues in their country. The cultural fallout of radical Islam and drug use related crime created the perfect national climate for a strongman like Duerte to win.

President Duerte won’t be anyone’s puppet, he’s too proud. An intensely nationalistic leader like Duerte will not take kindly to an influx of Chinese corporations (really an extension of the Communist Party) coming in demanding concessions through the political process.

In addition, the looming threat of a war between Japan and China over the South China sea, would be less likely in the event the U.S. recognized Taiwan. The United States already sells billions in arms to Taiwan and should the Philippines become a new Japanese ally against China, the fear of war would be dramatically reduced because Japan would no longer be the last domino standing in the way of China’s monopoly on regional sea trade routes.

If the U.S. were able to peel away Russia and the Philippines from their current Chinese alliance, the world is going to look awfully lonely to the Communist Party. However, China is intensely proud country and culture, allowing them to save face is of the utmost importance in all diplomatic agreements. Failing to allow them to avoid shame will be taken as all the provocation necessary to justify a war. It is unlikely Trump is unaware of just how seriously the Chinese emphasize respect. I suspect President Trump would not have major contentions with China’s plan of recreating the Silk Road, so long as its not a mercantilist exploitation scheme in the long run, in order to create toll booths on global sea trade.

So why was the phone call such a big deal again?

I believe President-elect Trump is going to use the opportunity to partner with Russia, Iran, and the Philippines in defeating radical Islam, and as a result the Sunni regimes who finance terrorism, as leverage to force China to the negotiation table on trade. Trump’s primary goal in creating an equal, yet mutually beneficial, global trade environment that puts in place long term protections against China’s ability to exploit their long term sea trade plans.

If Trump can open up US trade to China by ending their tariff on US imports, stop their subsidization of labor intensive manufacturing (like steel), prevent their currency manipulation (which makes their goods less expensive in comparison to ours), and force China to respect intellectual property rights of US made goods, then he would go down as the greatest jobs creating US President in history.

How does this all end?

The United States acts as the arbitrator in finalizing an agreement where control over the South China Sea is conceded to China, the US agrees to remain committed to a single China policy (no formal recognition of Taiwan), and the US, Europe, and Japan enter into a new free and fair trade agreement with China and Russia.

This may all be wrong, but accepting the call of Taiwan’s President could not have been an oversight. It is impossibly such a call would be taken without warning given the folks he has around him right now.

In fact, I would imagine Trump and his advisers held a meeting where, whomever was tasked with reporting on his daily activities, was either coached to gloss over the phone call from Taiwan’s President, and then feign shock that it was such an issue, or he and his advisers kept that individual in the dark completely, so their reaction to the press’ shock would not appear rehearsed.

In the history of the United States, there has never been a President whose perceived lack of preparedness was as great as Trump’s. Overwhelmingly, his critics has considered the appearance of ignorance and naivete detrimental to his ability in being a successful President.

Given his track record of proving critics wrong, it is time everyone begin considering the possibility that a perception, or reality, of being over his head while appearing woefully naive, is a hell of an excuse to have in his back pocket. Trump’s “ignorance”, and the plausible deniability created by it, may very well end up being his greatest asset.