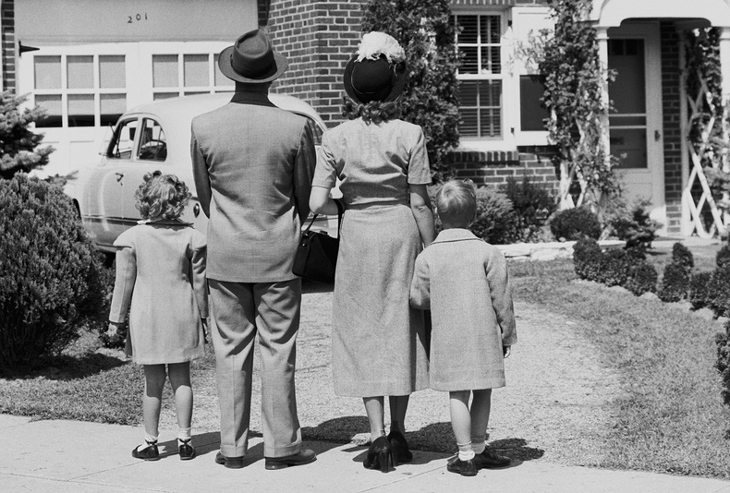 What does it mean when one proudly declares that they are an American? What are the shared cultural and philosophical beliefs they are trying to communicate when doing so? What defining historical events and corresponding beliefs are implied within their prideful declaration?

America, unlike virtually every other nation they call neighbors, has enjoyed the luxury of a relatively clean canvass in undertaking the political experiment that was the American Revolution. While political revolutions are by no means the norm, the American one has been considered by its people as one free from the influence of historical conflict and Old World cultural norms. If one were to poll most Americans, they would define the American identity as one unaffected by race, culture, or historical grudge. An identity something along the lines of an American creed as follows,

“The American identity is adventurous men and women willing to leave the known in pursuit of the unknown with little more than the promise of an opportunity to build a better life. A life better than the one their current one, and entirely of their own making.”

While not incorrect in capturing the sentiment of those who forged such a creed, what is missing, is the ethnicity and nationality of the individuals responsible for defining this creed or American identity. Without that context, the American identity would seem to have been created by a group of early settlers each born of immaculate conception. While convenient for the purposes of avoiding discussions pertaining to race and culture in American politics, the reality is, the American identity was forged by white property owning European males who were both courageous, in chasing the unknown, and wildly ambitious in their uncertain pursuit of economic opportunity.

Why is that so important to remember when trying to understand America’s current political environment?

As America’s demographic future becomes increasingly less “white” and more “multicultural”, the American identity will become stop being an “American” one, and increasingly become a “white” one. What America has long believed to be its universal identity is slowly but surely becoming one belonging to the race of those responsible for its creation. One need not attend a Black Lives Matter rally to ask for their definition of the American identity in order to see it is wildly different than the one at a retirement community in Florida.

There’s a phrase among economists that “Demographics are destiny”, and while usually used as a commentary on the economic fate of a country, it is useful in understanding the election of Donald Trump and his ability to turn the industrial Midwest’s political allegiances from one of leaning Democrat, to toss up or leaning Republican.

As the definition of the “American” identity continues to shift to the “White” identity, the demographics of the American electorate will determine its fate. While for the first time ever the millennial generation represented a larger percentage of eligible voters in the 2016 Presidential election, Baby Boomer voter participation rates, as well as the majority of their generation being comprised of white voters, resulted in an electoral upset of epic proportions.

What did President Trump do that no other Republican had been able to in recent memory? e activated the dormant American White Identity. He endlessly alluded to the Baby Boomer’s preexisting perception of societal chaos and decay. President Trump’s entire campaign was one big foreshadowing of the demographic threat awaiting their definition of the American identity.

While not singularly responsible for achieving his electoral upset, as much was due to his opponent’s arrogant and calamitous performance, his decision to message around a theme of restoration struck a chord previously unheard in American politics. A chord which activated the perceived threat of a changing national identity among elderly white Americans, who in longing for the simpler times of days gone by, decided to turn out in droves and disrupt traditional voting patterns and electoral college alignments down racial lines.

Now that the American White Identity has been activated, the question becomes: how enthusiastic will their voting block be on election day?

The answer to that question can only be offered once the wedge issues of the election in question have been defined. Were the 2018 midterms held last week, during the height of the NFL Kneeling issue, one can be certain the White Identity voter would be wildly enthusiastic to show up on election day.

When electoral wedge issues center around patriotism, gender, long held cultural norms, religion, and immigration, the White Identity will activate on its highest setting. That high setting will result in a surge to whichever party or candidate panders most effectively on a message of cultural preservation. When electoral wedge issues are less pertinent to the perceived threat facing the white version of the American identity, political alignments will return to historical norms in the short run.

However in the long run, as the Baby Boomer generation’s electoral influence wanes and Generation X and Millennial voter participation rates rise, the American Identity will increasingly shift in a yet to be determined definition.

Multiculturalism’s ascent is an inevitably, as mentioned above, demographics are destiny, and the fate of the United States electorate is one of a multicultural demographic composition. Below is a hypothetical electoral map of the 2016 Presidential election if one removes Baby Boomer voters:

Hard to imagine a more bleak future for Republican and Libertarian voters than the sea of blue above, right? It is one thing for Detroit to decay under years of Democratic leadership, it is quite another to imagine the United States as Detroit on a grand scale…

What can Liberty Movement Republicans and Libertarians do in order to avoid a completely blue post Baby Boomer electoral map?

Not to be overly-apocalyptic, but should those who oppose the Detroitification of America fail to redefine the American Identity after the White Identity voters slowly pass away, the limited government constitutional republican political experiment the United States was originally conceived as, will become little more than a footnote in American history books. The stakes genuinely are that high.

With that being said, the opposition to progressive and American Left political ideas, will not resemble the Left-Right divide as it stands today. The divide will be drawn down lines much closer to those best debated by the Federalists and the Anti-Federalists.

Progressive thought leaders embrace a worldview which pursues perfection. There’s is a world where constitutional limits, like the Bill of Rights, are an annoying encumbrance in their date with an egalitarian utopia. The election of President Trump has done little to cause the Left to rethink or abandon its embrace of centralizing power. Even when faced with the thought of handing over the keys of their beloved central planning tool to an unexpected Republican “monster”.

The Left is well aware demographics are on their side and, while the election of someone like President Trump is a nuisance to endure, it will not a cause them to reconsider their pursuit of centralizing federal power. One would think a Republican in charge of a centralized federal government, especially one like President Trump who seems to be impervious to shame and the traditionally reliable attacks of public humiliation, but his win has caused no such abandonment.

The American Left’s refusal to consider the downside of centralizing power should serve as a stark warning to those who favor limiting the power of the federal government through the dissemination of it to local and state governments.

While the Bill of Rights is most often pointed to as the quantum leap in preventing the abuses of government against the individual, the founders understood that while strict constitutional limitations were a radical shift in designing a system of government, the true weapon against a federal government’s unquenchable thirst for power was a decentralized system placing any powers not explicitly granted to the federal government in the Constitution to the state governments. Decentralization was the Founder’s intended weapon of last resort against the grand designs of central planners.

As the demographic destiny of American politics arrives, the true partisan divide will not be one fought over historical and cultural preservation, but the preservation of decentralized power. The progressive/Democrat movement will argue in favor of centralizing power with promises of universal health care, college, and cultural toleration. The future of the American Left resembles the ideas of Bernie Sanders more so than Hillary Clinton. Will those ideas and their endless pursuit of a egalitarian safe space utopia end up becoming the American Identity?

Or will the opposition successfully redefine the American Identity in a fashion more closely resembling its revolutionary founding? A definition premised upon a suspicion of government and preference for the uncertain, yet unrestrained pursuit of life, liberty, and happiness, as originally designed. Will what it means to call oneself an “American” communicate the principles of safety through equality, or the courageous decision to embrace uncertainty in exchange for the promise of opportunity?

While the future divisions of American politics have shifted after the activation of the white identity by President Trump, the American identity grows less attached to the existing white identity. If Liberty Movement Republicans and Libertarians hope to ever live underneath a government premised upon the principles and beliefs they espouse, they cannot begin redefining the American Identity soon enough.

The battle is not one over party, Republican vs. Libertarian, it is about resistance to government’s infinite appetite in acquiring power and preventing the grand designs of intellectuals who view society as a Utopian experiment, rather than the opportunity for each and every citizen under its rule to personally determine how best to pursue happiness.

These are the terms. All that remains to be seen is who will emerge victorious. Those who pursue power? Or those who define the American identity through a lens of suspicion toward it?