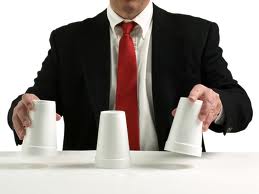 An Article V Constitutional Convention has once again become the solution the Indiana General Assembly under the direction of Senate Pro Tem David Long is insisting that it is the only viable option to limiting federal over reach.

I have been asked by WAL to explain why a Constitutional Convention would be bad.  For those of you who do not follow me or are unfamiliar with who I am, I am simply an ordinary individual just like most Americans trying to survive under the ever-increasing unauthorized control of government at all levels.

I cannot speak to you about the legal, technical jargon used to defend or to attack the merits of an Article V Constitutional Convention.  You have literally hundreds of judicial experts, historians, and self-appointed activists who will provide you with so much input that your storage capacity will shut down.  I know, I have tried to review many sources from both sides to present this review.

I have determined the only way I can present my understanding of what an Article V Constitutional Convention would mean to me is to simply apply objective logic supported by recorded actions.

We the people of each state elect people from our state to be members of Congress to represent our state under the Oath of office to uphold the Constitutions.  I say Constitutions because these members  are solely responsible to the people of the state which sends them and first to the Constitution of that state.  How could it be otherwise?  The individual units came first; we were not a whole which then broke into designated sections.  As elected representatives sent by the states to participate in decisions binding on all the states to a Congress of the United States they are bound to uphold the Constitution of the United States.

Article 1 Section 1 “All legislative Powers herein granted shall be vested in a Congress of the United States.   .   .”  Section 8 then specifies what powers the Congress, the representatives from these states may consider for uniform application to all states.  It is easy to understand that no power to enact laws resides within any other federal entity.  And that the composition of the law making body is the people from the states.

Congress, the President and the Judiciary have long ago assumed authority over which there are no Constitutional provisions.  We are now faced with a federal government which dictates to individuals through various federal agencies control over our daily lives impacting everything from our right to self-protection, self-medical determination, what we may legally consume, who has the special privilege of deducting what from their federal income taxes, how our schools must handle education,  how we must conform to environmental standards, what we must subject ourselves to in order to travel, what speed limits we must follow  and who the government will recognize as suitable for us to share our lives with. Why has this happened?  Because we have failed.  Many of those we have entrusted with the protection of our most valuable tangible possession have abdicated their integrity to the voice of the masses despite the existence of a sworn contrary obligation not to do so.

So now it is up to those who remain the object of government control to abolish, rescind, void, nullify, reverse an out of control federal government who is us.

The Indiana General Assembly who is us consists of Indiana resident individuals chosen as members to represent we, the people of Indiana here in Indiana.  These individuals take a solemn Oath of Office to uphold the Constitutions.  Now we have been told by Senator Long, as is probably the rhetoric of the other Members supporting him that by avoiding nullification protection and refusal not to comply with federal mandates we are being protected from expensive litigation and federal challenges we cannot win.

So we the people of Indiana have decided instead of putting an immediate STOP, NO, communication to the federal government we will instead legislate our way out from under unauthorized federal control by establishing through SB 0224:  “Duties of Article V convention delegates”.

So now the General Assembly has legislated itself power to appoint the delegates to this convention, determine the rules and amend instructions, establish criminal punishment for failure to perform and establish an advisory group with the authority to establish policies and procedures necessary to carry out this chapter.     We are assured these delegates will be controlled and nothing will be considered  outside of  SJR 18 :

“A JOINT RESOLUTION requesting Congress to call a constitutional convention for the purpose of proposing amendments to the Constitution of the United States concerning limitation of the commerce and taxing powers of Congress.”

So it appears we are determined to continue down the same path, trust those elected to appoint the delegates who will uphold their sworn Oath.   Is this a risk you are willing to take?  Remember we are still dealing with the same “us” people who have grown to depend on government for an answer for everything; we are no longer self-reliant individuals who can hold firm to our integrity if there is a “group” disagreeing with us, and special interests will still be in the mix, it is our human nature.

Those doing the appointing and determining the limitations are elected, how are those elections returning the “promises” of limited government?  How are those elected upholding their duty to preserve, protect and defend the Constitutions their Oath of Office demands?  But of course we must remember that the General Assembly Members do not face a criminal charge should they attempt to “knowingly or intentionally vote” in violation of the Constitutions.  So the general assembly can amend the instructions at any time, and we still do not have the chance for a run-away convention?  What if the Membership of the general assembly changes and thus the direction is altered?

In order for a constitutional convention precisely limited to the purpose of proposing amendments to place additional limits on the commerce and taxing powers of Congress the delegates would have to uphold the precise directives from their respective states, which would need to be identical and unanimous.

Congress which is out of control now would have to perform its duty and suddenly halt all powers currently freely exercised; agencies would be disbanded with thousands of government jobs disappearing.

And the Supreme Court appointed members would have to render findings against the federal government opposition to any amendment limiting Congressional powers.

How is any of this working so far?  The system is broken, and it’s not going to be fixed without action.  Do we want to turn over such powers to an unknown fate?  With the actions of government especially over recent decades can you believe any guarantee that only this will be fixed and you will lose nothing and Congress, the President and the Supreme Court will all enthusiastically perform within their new additional limitations?