Klosinski: Sovereignty and an Angry Doctor 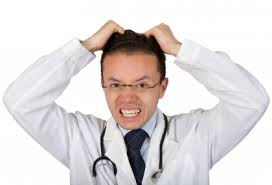 For several years I have been fortunate to have opinions published by the Indiana Libertarian Party and now by a non-political group; We Are Libertarians in which I review legislation from a perspective outside of “political experience.” Both of these groups are known to be consisted of individuals at various levels of libertarian beliefs. So when I get out amongst the “others” I generally listen to learn why there is such disconnect between the masses and those supporting Individual Sovereign Rights and strictly limited Constitutional government.

Last week on a trip to a medical facility I had an exchange with a medical professional which explains what the primary issue confronting sovereignty is. We were forced to obtain an expensive test (at least to us of over $4,000.00) to satisfy DOT regulations. When asked by the administrator of the test why we wanted the test it was explained that it was a government requirement and not a medical determination so insurance would not reimburse.

The administrator commented that the cost was over $600 paid for family coverage and that while conservative on issues, this national healthcare was needed. Okay, I don’t generally confront ordinary individuals, especially when there for a test being administered by said individual, but feeling stressed anyway I all of a sudden found myself asking “Why?”

The administrator explained that society will pay for the treatment of a motorcycle accident when an uninsured person comes to the E.R. just because society has decided it is the right thing to do. Now, since this administrator, through higher medical costs to their family will have to pay the bill for the uninsured those responsible who pay for insurance  have a right to control the reckless behavior of the uninsured. I was told it is a right for society to demand that cycle riders wear helmets and other safety gear to provide less chance of injury and less cost to society when they do not pay. What if someone has insurance and wants to ride reckless I asked? His response was, “That is their tough luck. In Society, we have the right to protect ourselves from the acts of others, and those wanting to do anything risky (whether responsible or not) will just have to protect the greater good.

Now SOVEREIGNTY has a new definition, it is not individual rights,  it is comprehensive of all irresponsible actions controlled by the Right of Society as a whole…a true Democracy. Perhaps this is why none of the 18 individuals who saw a Boston clip commented against anything the government did. I listened to the comments but FEAR the projected idea that no one would take care of them other than our government in these situations, so we all need to do what we are told because they know best. All though what the government agents did to apprehend the suspect was admirable, heroic, and completely within the authority of government, no one saw anything wrong with the tactics towards either the suspect or the citizens. So much for the average individual respecting Individual Sovereign Rights as protected by the government limits contained in our Constitutions!

Why expect Indiana to protect the sovereignty of the state against the feds through Nullification? Clearly the masses want total control via government for the good of society.