The 1990-1991 recession followed a particularly long period of recovery and expansion, from 1983 through 1988. According to some analysts, Iraq’s invasion of Kuwait in August 1990, and the resulting jump in oil prices combined with the drop in consumer confidence, tipped the the U.S. into a recession.

“From November 1982 to July 1990 the U.S. economy experienced robust growth, modest unemployment, and low inflation. The “Reagan boom” rested on shaky foundations, however, and as the 1980s progressed signs of trouble began to mount. On October 19, 1987 stock markets around the world crashed. In the U.S. the Dow Jones Industrial Average lost over 22% of its value. Although the causes of “Black Monday” were complex, many saw the crash as a sign that investors were worried about the inflation that might result from large U.S. budget deficits. The American housing market presented another sign of weakness, as in the second half of the 1980s a large number of savings and loan associations (private banks that specialized in home mortgages) went bankrupt. The collapse of the S&L industry negatively impacted the welfare of many American households and precipitated a large government bailout that placed further strain on the budget.

Although the 1987 stock market crash and the S&L crisis were separate phenomena, they demonstrated the growing importance of financial markets—and associated public and private sector debt—to the workings of the American economy. Other causes of the early 1990s recession included moves by the U.S. Federal Reserve to raise interest rates in the late 1980s and Iraq’s invasion of Kuwait in the summer of 1990. The latter drove up the world price of oil, decreased consumer confidence, and exacerbated the downturn that was already underway.

Although the National Bureau of Economic Research has concluded that the early 1990s recession lasted just eight months, conditions improved slowly thereafter, with unemployment reaching almost 8% as late as June 1992. The sluggish recovery was a key factor in George H.W. Bush’s defeat for re-election to the U.S. presidency in November 1992.” (Source)

Over the years many Republican political pundits have lamented that President George H.W. Bush was a victim of a bad economy and compromise. What they always fail to miss is that the Federal Reserve’s manipulation of interest rates caused the Savings and Loan crisis.

In addition, Iraq’s invasion of Kuwait, which drove up oil prices, was entirely the result of US intervention in the Middle East. Saddam Hussein, who was on friendly terms with the Bush and Reagan administrations prior to invading Kuwait, would probably not have moved forward with his plans had the US not sent him conflicting reports on how the Bush administration would react.

After all, we had just sold him chemical weapons to use in the Iran-Iraq War.

So what does Bush 41 have to do with tomorrow’s election?

So that the GOP can become the majority in both Congressional houses, further contributing to partisan gridlock either by sending bills to President Obama that he will refuse to sign, or bills that are as superfluous as the “Hiring Incentives to Restore Employment Act of 2010“? Is this really what the electorate hopes to gain by putting the GOP in control of the upper chamber?

It would be a mistake for the GOP to think that they are back in the good graces of the American public. America hasn’t all of the sudden “seen the light” and decided they love traditional Christian values and tax cuts.

No, the American electorate is just, for lack of a better word, pissed.

Sure, tomorrow may be a historic electoral success for the GOP, but it’s just a matter of time before they become the villain. Anyone remember 2006? 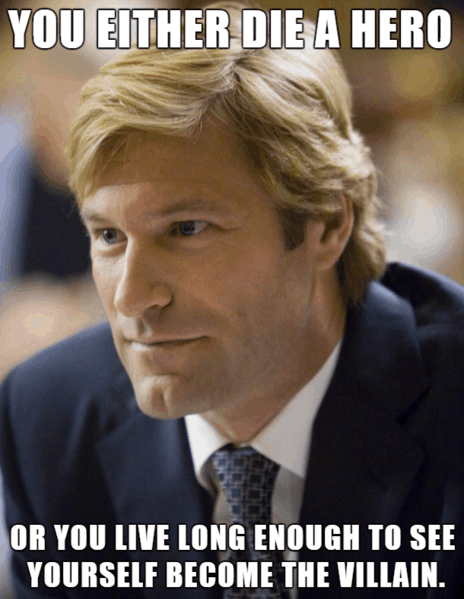 Usually I love election season, and find myself completely swept up in the excitement, but it’s been a laborious task to even stay informed this year.

Will tomorrow’s election stop the NSA from violating the 4th amendment? Will it result in the US tax code being thrown out and a flat or fair tax system being implemented?

How about the repeal of mandatory minimums for non-violent drug offenders? Anyone think a Republican controlled Senate will keep us out of Iraq or slow the growth of the military industrial complex?

How about the outright appeal of Obamacare?

None of these issues are going to be tackled by a Republican led Senate and House. They would not be able to tackle the aforementioned issues even IF Mitt Romney had won the last election.

Why? The United States federal government, in its present form, is wholly incapable of solving any pressing public or foreign policy issue. After all, the federal government created each problem facing us through the passage of legislation. Will new legislation really fix the old legislation? Is a 1984 Daewoo really an improvement from an ’83?

Some of you may disagree as to whether the federal government really created each of the problems listed above, so let’s examine, shall we?

Let us start with 4th Amendment violations by the NSA? See the Patriot Act.

*Now some of you might be screaming, “But they only passed that because Al Qaeda attacked us on 9/11!” You are right, but where did Al Qaeda come from? Did they really hit the twin towers because they hate our freedom? See the origins of Al Qaeda.

How did our tax code become so complex that every year Americans spend 6 BILLION hours trying to comply with tax filing requirements? Tax attorneys should shower the Congressional Budget Committees with cars, homes, and trips each Christmas. These committees are the closest thing to a Keynesian jobs program economists have ever seen. 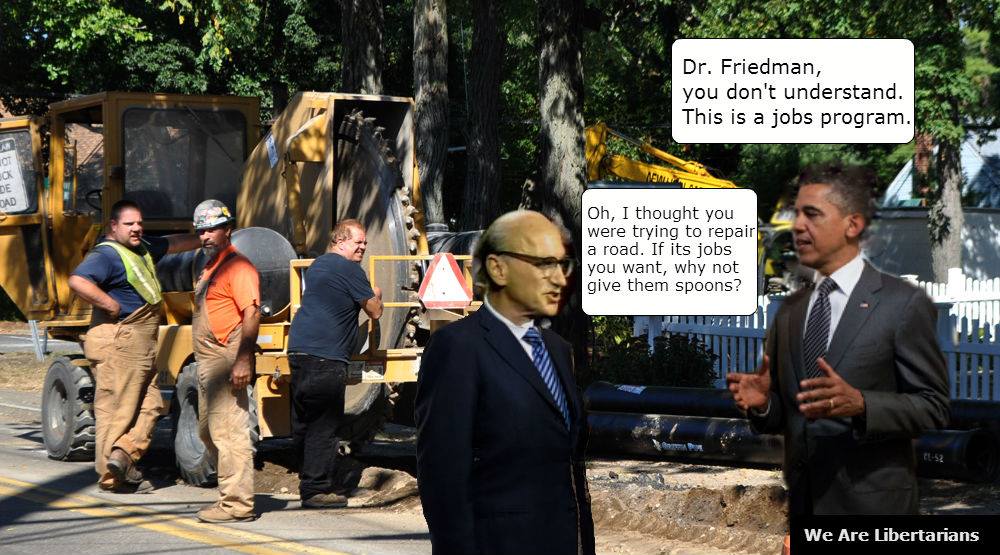 Why is the US prison population 21 times larger than it was in 1980? Congressional mandatory minimum sentencing legislation.

Why is Iraq on the verge of becoming a failed state, and a large portion of its inhabitants, being ruled over by a barbaric gang of raiders not seen in this world since Attila the Hun?

The United States government decided the Iraqi people needed to be liberated from the intolerable tyrant, Saddam Hussein.

The same Saddam Hussein, who Secretary of State Donald Rumsfeld (yes the same one), referred to as a regional strategic partner in the 1983 Iran-Iraq War following the 1979 Iranian Revolution:

Forgive me if I’m acting as a wet blanket on your excitement for the inevitable Republican sweep tomorrow, because I do know how exciting elections are when your side is on the verge of a blowout.

There was a time when I believed that if Republicans could just win enough seats to gain veto proof majorities in both Houses and control of the White House, good governance would exist.

I believed that the West Wing was filled with smart hardworking people who were committed to figuring out the best way to help each and every American.

However, much like a child who catches his or her parents putting out “From: Santa” presents at 4 am on Christmas morning, my belief in the fantasy of an effective federal government is over. Maybe you agree, maybe you disagree, but there is no denying the problems confronting America are their own doing, regardless of the government’s purity of intent.

So tomorrow, when you are on your way to the polling booth, and are dutifully mulling over which candidate has the best chance at making a difference by fixing the problems that matter most to you, keep in mind whose responsible for creating this mess in the first place?