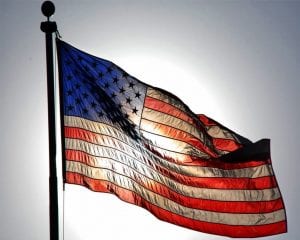 Wait! I know, I know — another NSA leak commentary. What could there possibly be left to comment on, right?

Despite the rapid fire of coverage this story has received in the past few weeks and with the media’s emerging character assassination freight train moving ahead at full steam (and, worst of all, a disappointing 48% of Americans approving of the NSA’s program), it still seems necessary that we keep the important aspects of this story in the spotlight.

This post isn’t going to go much into the details of what was leaked, but with terms like “traitor” or “unpatriotic” or [insert empty nationalistic jibe here] being thrown around, I felt that it would be worthwhile to take a look at what exactly we mean when we say “patriot” or “traitor.”

When I say “patriotism” I don’t mean it in the sense that George Bernard Shaw meant when he said, “Patriotism is your conviction that this country is superior to all others because you were born in it.” Indeed, this sentiment dies hard and I’m sure plenty see it as the purest definition of the term. It is my argument that this is actually a definition more appropriately attributed to nationalism, not patriotism — but more on this in a moment.

I’ll come right out and say it, I think Snowden is a patriot. His actions have done more in a couple weeks to open America’s eyes to the behemoth that lurks over them in Washington then arguably anything you or I have ever done. In this, he deserves infinite applause.

Yet, while he may have caught people’s attention, this doesn’t necessarily mean that he has convinced them that what the NSA has been doing is wrong — or that Snowden himself is in the right. I’m all for people paying attention, but we can’t just assume that they will up and become libertarians because they know the government is doing something that you or I disagree with.