Harrington: A Reason I Think Many “Leftists” are Just Plain ‘ol Smug 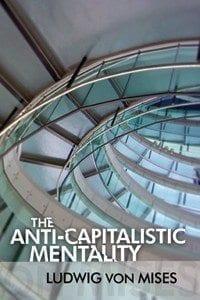 I assume a number of the readers of WAL have run into critiques of the free-market in their day, but one that I’ve run into a few times is one that just screams that it’s a cop-out; a stubborn refusal to assume that your point is lost.

Often I’d be arguing with someone about how the market is efficient and is the best system at providing consumers what they want, but in response I would not get a rebuttal on how it is inefficient by this standard, but that consumer wants are superficial and “placed” by some other person or entity.

This, I think, speaks to a general resentment on the part of “leftists” (a vague term I know, but used for lack of a better word) to the consumer society in its capacity to  promote values which are built upon the values of others.

This doesn’t mean that they do not emanate from within an individual person, but merely that an individual can place values on things that require another to either reject or appreciate. A person’s “image” is the most blatant of such values. People shop at Abercrombie and Fitch for more than just clothes that have utility in the physical sense (ie: keeping them warm, protecting them from the elements, have a ton of pockets to hold stuff, etc), but also because they would have a “look” that they desire which they undoubtedly built based upon the looks of others. Even the fact that people don’t want their private parts hanging out because it would be inappropriate is based upon social norms which emanate from this “learned value” idea.

There is also the “mid-life crisis” effect, where some dude who is afraid of getting old or is losing self esteem buys a sports car not merely to get from point A to point B, but to project an image of youth or badassedness. Or, there is the “image” of wealth that revolves around, say, a Mercedes which is surely one of the reasons that Mercedes vehicles are purchased.

In other words, people consume things for more reasons than bare sustenance.

What intrigues me is that there is faction of people who see this, that people work towards the end of doing more than eating, drinking, sleeping, and banging, as condemnable.

There is nothing overtly unnatural about this and there is no means of defining the values placed upon food as “more important” than the values placed upon designer shirts. Each emanates from each individual and is subjective in nature. The desire to eat and the desire are both use-values, one satisfies the end of easing hunger, the other satisfies the end of image crafting.

There is the argument of ethics, that it is “wrong” to spend money on “image” when there are those who are starving, but besides the fact that charity crafts an image in and of itself, the only way that one can even get a designer shirt is by producing things for others, getting money, and then buying it (unless you just steal it). Economically, this helps out others by giving them money to spend which they can likely spend on food. The full argument as to how these transactions help even the poor is a little too long for here, so just check out “Economics In One Lesson” by Henry Hazlitt for the quickest coverage of the process.

In some cases, the argument takes the form of modern society being less “holistic” than previous times. People are arguably detached from themselves or from their friends and family because of the superficiality of television or popular culture. They lack the capacity to feel, it is said, because we have become mindless drones, being told what to think and feel by “culture pushers” like MTV.

While I agree that MTV is something that deserves condemnation because what it produces is crap upon crap, it strikes me as smug that there are those that see people who enjoy MTV as somehow less in-tune with themselves or as machines who have no ability to feel. The only way this can exist is if the values of the critics are somehow objectively more “correct” than the values of MTV viewers.

What this mindset allows those who hold it to do is get around the fact that the market is better at satisfying consumer wants by rejecting the premise that consumer wants should be satisfied. If consumers are incapable of valuing the “truly important” things in life, arguably because of the big, bad media conglomerates who define “cool,” then it takes an extra market force (most often government) to satisfy, by force, those “truly important” values.

This is such an arrogant argument that when I encounter it I just quit debating and move on. It claims to promote individualism in a society of follow-the-leader drones, but it merely rejects individuality and seeks to make the values of the “critics” be the leader everyone should follow. It is self-contradicting and smug. However much it governs the aims of collectivists, whether they are merely modern political liberals or philosophical socialists, then it is in that capacity a demonstration of an underlying desire to control.

These are just things I’ve been thinking about, but I know Mises touched on this in “The Anti-Capitalistic Mentality” and, in the Hayek vs Galbraith debates, Hayek touched on some of this, so for further discussion on this I recommend that you check those out.