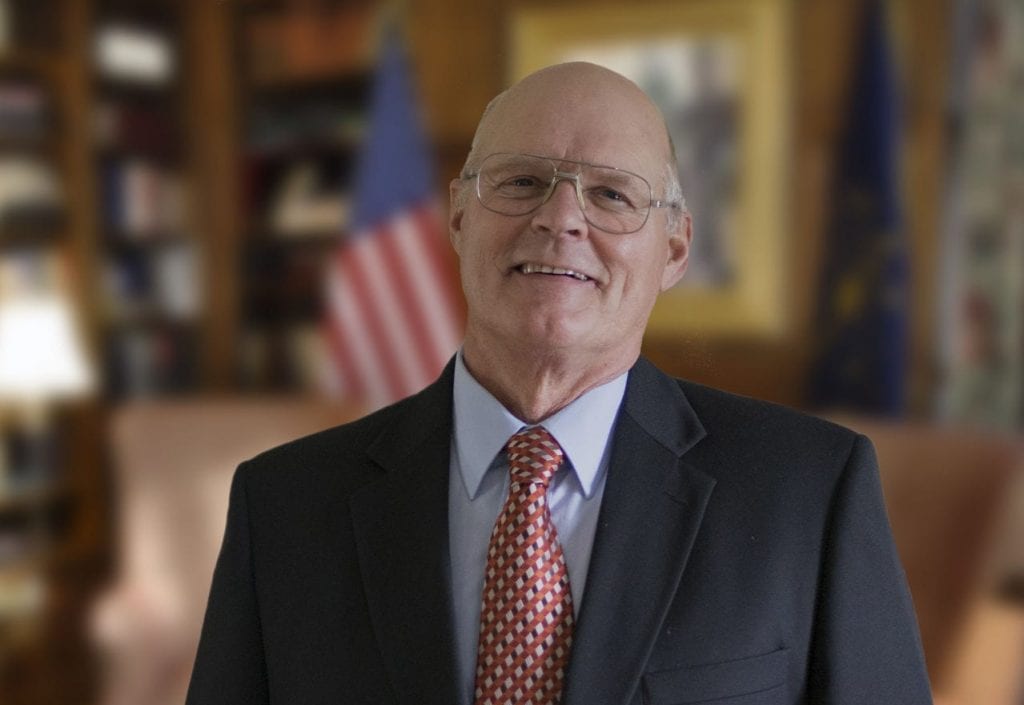 As the days count down to November 8, the day we are tasked with casting our votes to decide who will be the next Governor of Indiana, I’d be remiss in not reminding you about the importance of your decision. We are a proud state.

Proud not in the traditional sense of boasting about how great our state is in comparison to those that surround us, but proud of the earned reputation of toleration, humbleness, and hospitality toward visitors.

You see, I’ve always believed that being a Hoosier carried with it a weight of responsibility. As a Hoosier, it is my responsibility to carry the torch of hospitality when welcoming guests to our state.

It is my responsibility to remain humble when speaking of our states’ incredible ability to reinvent itself in the face of devastating economic adversity forcing our transition from an industrial economy, to an information economy built upon the hard sciences and managing supply chains.

I must remain hospitable toward those who hold them, and remain humble in knowing that my beliefs are not suitable to be forced upon another.

These are the shared ideals I have always believed that make one a Hoosier. That being said, our common ideals do not make us superior, just different. Hoosiers are different, and our response to a rapidly changing world serves as confirmation of our unique character.

Many of our neighboring states resisted change in the face of adversity. Rather than adapt to an unavoidable economic reality, they instead chose to cling to the final piece of the industrial economic pie while anxiously awaiting it’s resurgence. There’s nothing wrong with such a decision, but it is simply not the Hoosier way.

The Hoosier way is to accept the reality of unavoidable change and adapt to the circumstances, so we are setup to thrive far into the future. Which is why the decision you make on election day is of the upmost importance.

There are three choices on your ballot for Governor: Republican Eric Holcomb, Democrat John Gregg, and Libertarian Rex Bell.

Having had the luxury of getting to spend some time with each of the men vying to be our next Governor, I can say they are all honest competent men with differing views about the most effective way to lead our state into the future.

Mr. Holcomb is not a politician, which is probably why he has such low name recognition among voters and why he trails Mr. Gregg in the polls despite being the Republican nominee in an overwhelmingly Republican state. He’s spent a lifetime behind the scenes in Republican politics and is in every way a technician, rather than politician. That isn’t a bad thing for Hoosier voters, but what is bad, is the fact that should be win, he’d be beholden to his party rather than Hoosier voters since he’d owe his election to his party.

Anyone who remembers Governor Pence’s RFRA debacle will see why being indebted to your party is a terrible situation, one that invites a black eye on our reputation of hospitality and toleration.

Mr. Gregg is a politician’s politician. He is not a bad man, just someone whose spent a lifetime perfecting a folksy and relatable demeanor for the purposes of winning elections and obtaining power. His track record as Speaker of the Indiana House of Representatives under Governor Evan Bayh was poor when judged by any benchmark of fiscal management or social and civil equality for homosexuals and minorities.

He claims to have evolved his positions on such issues, but the problem with trusting a polician’s politician, is that he will go wherever the wind blows. A Gregg administration would not represent leadership into the future, but revisiting the failures from his and our past.

Lastly, that brings me to the Libertarian candidate Rex Bell. I must admit that my opinions on Rex are partial since I’m lucky enough to be able to call him a friend. However, friend or not, there are certain things about Rex and his beliefs that are impermeable to partiality.

Rex Bell is a man of a different era. He’s a throwback to a time when terms like honor, civic duty, and selflessness were held up as aspirational virtues in our society, rather than comedic punchlines of the politically cynical and apathetic.

In an era of John Stewart and Bill Maher, Rex Bell is a Walter Kronkite or Edward R. Murrow. An honorable man pursuing higher office out of a sense of duty, rather than desire for personal gain.

In my opinion, he represents a modern day version of Plato’s philosopher-king, if only due to the fact he had little desire to run for governor, yet agreed to only after many others asked him to heed their call.

Rex Bell doesn’t seek power or control over your life, he simply wishes to protect your right to live your life in anyway you so choose, so long as it does not prevent or inhibit another Hoosier ‘s ability to do the same.

A Bell administration would be one where government would not be used as a tool to force policies on communities, but one where communities would be given the authority and support to address the issues they face on a daily basis.

Governor Bell would fulfill his constitutionally granted powers right up to the letter of the law, but no further. Hoosiers would never have to worry about a political party or special interest group coming between their rights under the law and the application of justice they would receive. Governor Bell, in every way, would seek to uphold and enforce blind justice for every Hoosier while limiting the government’s ability to intrude into Hoosier wallets, bedrooms, classrooms, and communities.

Governor Bell would limit government so that rather than being in the way of a rapidly changing economic and social reality, it would be readily adaptable to change. An effective government rather than an encumbersome one. A vote for Mr. Holcomb or Mr. Gregg and their respective parties, is a vote for the tried and tired policies of the past. A vote for Rex Bell is a vote for new solutions to our yet to be solved problems.

When you walk into the polls on November 8, remember that the primary difference between Libertarian Rex Bell and his opponents, is that they are pursuing office because they believe they know what is best for Hoosiers, while Rex readily admits he does not and nor will he allow government to tell you it does.

Rex may or may not win on election day, but if he does not, he’ll thank all his supporters for their efforts, drive right back to Hagerstown in his pick up truck, kiss his wife Susan (the Hagerstown Town Judge) goodnight, and get a good night’s sleep so that in the morning he can put on his boots and go right back to running Bell Contracting and continuing to fight for the liberty of his fellow Hoosiers.

That is who Rex Bell is, and that is what he does. He’s hospitable toward all that he meets, kindly tolerates all whom oppose him, and humbly goes on about his business while continuing to champion the liberties of each and every one of his Hoosier neighbors.

Libertarian candidate for Governor, Rex Bell, is a Hoosier through and through. He personifies that which is best in all of us and that, is why he is the right choice on election day.