Courage and Conviction: Remembering The Cause 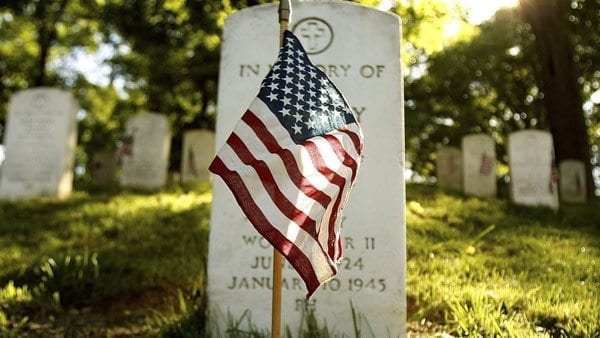 In the United States, on the last Monday of each May, Americans celebrate a federal holiday: Memorial Day. The preferred name for the holiday gradually changed from “Decoration Day” to “Memorial Day,” which was first used in 1882. Memorial Day did not become the more common name until after World War II, and was not declared the official name by Federal law until 1967.

On June 28, 1968, Congress passed the Uniform Monday Holiday Act, which moved four holidays, including Memorial Day, from their traditional dates to a specified Monday in order to create a convenient three-day weekend. The change moved Memorial Day from its traditional May 30 date, to the last Monday in May.

As one might imagine, if a government wants its citizens to participate in a universal day of remembrance in order to honor the fatal sacrifices made by those in its service, the best way to do so is by dangling a paid day off…

To the lesser observer, Memorial Day’s much anticipated arrival each year appears to be the informal declaration of the summer season. A societal ritual of sorts where Americans celebrate warm temperatures with the rare three day weekend.

“However, as has been said by Kings and Queens, I am not the lesser observer.”

The intent behind the declaration of Memorial Day as a federal holiday, as well as specifying its exact date and purpose, is not as the cynic might claim: a day of religious observation in worship of the state, glorifying its loyal foot shoulder disciples who died in its name, but rather, a day to remember and reflect upon the motivations and beliefs of our civic brethren.

What cause was it exactly, that these principled individuals decided was worth dying for?

Such is the true intent of Memorial Day. A day of gratitude spent in reflection. A day spent in contemplation.

A day, where in order to properly appreciate its importance, one must first understand the motivations and beliefs which fueled the commitment of our fallen civic predecessors. If we fail to understand the importance of the cause, any celebration in memorial of their lost lives becomes a ritualistic performance conducted out of the guilt accompanying the obligation of tradition…tradition for tradition’s sake.

What is a state but merely the desires of the people who live within its boundaries and submit to the authority of its laws?

Is Memorial Day about honoring service for loyalty’s sake and without regard for purpose?

No, today is about honoring the sacrifice of lives lost in pursuit of mankind’s long pursued ideals of freedom, justice, and equality.

Why is it the first “Americans” risked death to come to an unknown land and willfully accepted the rule of law, rather than the rule of man?

America, despites its flaws, of which there are admittedly many, is not some abstract entity. It is the earthly embodiment of a dream.

A dream birthed from the minds of mankind in pursuit of a dream of justice. A dream of equality.

A dream where each individual could accept the rule of law in exchange for the same legal standing as his or her peers, regardless of wealth, social status, race, ethnicity, gender, or religion.

Have we achieved these aforementioned ideals? No.

Regardless, Memorial Day is about remembering those who were willing to die in pursuit of American ideals, which overlap with mankind’s.

They served in pursuit of idealism and despite a fatal cause. They served knowing full well they may never enjoy the fruit of their labor.

As Memorial Day winds to a close, the best way to honor those we are remembering, is to ask ourselves the following questions:

What cause are we in pursuit of?

What cause would we die in service to?

What fatal sacrifice would we want to be remembered for and appreciated by its beneficiaries?